Indian-Origin Dentist Chopped and Stuffed in Suitcase in Australia – Reports 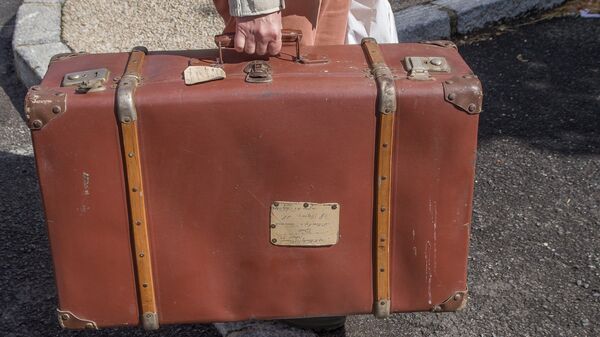 CC0 / jackmac34 / Suitcase
Subscribe
International
India
Africa
Police suspect that the dentist, Preethi Reddy, was murdered by her ex-boyfriend who could not cope with the prospect of her breaking up with him.

New Delhi (Sputnik) — The dead and mutilated body of a dentist of Indian origin, who had gone missing since Sunday morning from the central business district of Sydney, was found on Tuesday night in a suitcase in her own car off Sydney's south-east area, reported the Sydney Morning Herald.

Before she went off the grid, she called her family on Sunday morning saying that she was headed home. After she went missing her family put up a Facebook page titled ‘Help find Preethi Reddy'.

Asia
Indian Cop Trying to 'Revive' Dead Father – Reports
Around 9.30 pm on Tuesday, police found her Volkwagon Golf vehicle on south-east Sydney street and discovered her chopped up body packed in a suitcase inside the car. The police have confirmed that Preethi was stabbed several times.

The prime suspect, believed to be her former boyfriend Harshwardhan Narde aged 34, died in a fatal crash on Monday just hours after being questioned by the police. The police believe that the car crash was deliberate. Narde rammed his BMW car into a truck on Monday in New South Wales' Upper Hunter region.

Preethi and Narde were in Sydney to attend a dentistry conference and they were together on Sunday before Preethi went missing. Preethi severed off her romantic relationship with Narde who, it seemed, could not handle the break-up.

Police confirmed that Narde was the sole suspect in Preethi's murder and they were not looking at any other person.