US-Led Coalition Denies Reports of White Phosphorus Use in Syria 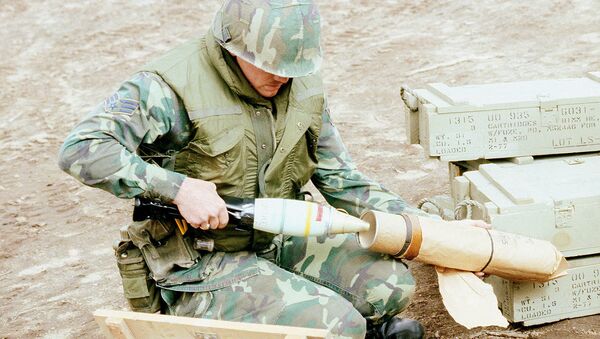 WASHINGTON (Sputnik) - The US-led coalition in Syria strongly denies allegations that it conducted deadly White Phosphorus attacks in the Syrian town of Baghouz, the last holdout of the Daesh* terrorist group in the country, spokesman Col. Sean Ryan told Sputnik on Tuesday.

Ryan noted that the SDF "have made considerable efforts" to help civilians leave the battlefield.

"The SDF have consistently displayed that they are pursuing a deliberate, methodical approach to removing the last remaining territory under ISIS influence", he added.

Earlier, Syrian state-run Al-Ikhbariyah TV reported that several civilians, including women and children, were either killed or injured on Monday morning as the US-led coalition allegedly struck farms in Baghouz with shells containing white phosphorus.

US-Led Coalition Used White Phosphorus in Attacks on Syria's Baghouz - Reports
The reports came after the US-backed Syrian Democratic Forces (SDF) stated on 1 March that they had resumed operations against Baghouz, which they called the last stronghold of Daesh in the region, following an evacuation of civilians. According to the SDF, only militants remained in Baghouz.

In recent months, the Kurdish-led SDF has been conducting operations against Daesh terrorists in Syria with support from the US-led coalition. Numerous reports have emerged in Syrian media about civilian casualties and the use of white phosphorus, which is prohibited under international conventions. The United States, in the meantime, denies using white phosphorus in its airstrikes.