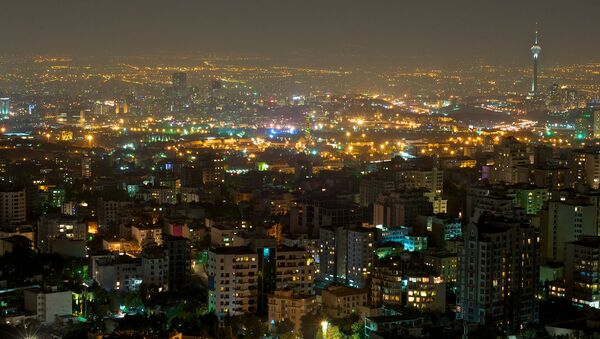 Iranian President Hassan Rouhani has not accepted the resignation of Foreign Minister Javad Zarif. The ministry's spokesman cited the chief of staff of the president of Iran, who said that the resignation hadn't been accepted. Earlier, Iranian lawmakers signed a letter asking President Hassan Rouhani to keep Foreign Minister Javad Zarif at his job.

Zarif announced his resignation on Instagram on Tuesday and didn't reveal the reasons for his decision, which reportedly came as a surprise to the ministry's employees, according to the Islamic Republic News Agency. Prior to the announcement, Zarif said in an interview that Iran's foreign policy is being 'poisoned' by party and factional infighting.

US Secretary of State Mike Pompeo tweeted that "we note Zarif's resignation. We'll see if it sticks." He added that US policy towards Iran will remain unchanged.

Federica Mogherini is concerned about the resignation and hopes it doesn't take effect. 59-year old Javad Zarif was educated in the United States and played a key role in negotiating the 2015 nuclear accord.

Sputnik: What was your reaction to learning that Mohammad Javad Zarif had announced his resignation on Instagram? Do you think it was an emotional decision or a planned decision?

Zarif's Resignation Came After Contention Between Rouhani and IRGC - Researcher
Meir Litvak: Well it wasn't emotional, you have to remember two things: Zarif has been under harsh criticism among hardliners in Iran for two major points. One is the nuclear agreement, which the hardliners claim failed and subjected Iran to concessions which do not benefit Iran. The second issue, which is very, very important: Iran is debating whether to sign a financial agreement against money laundering and the financing of terrorism, Zarif openly considered that there's been a lot of money laundering in Iran and that it has a detrimental effect on the Iranian economy. Hardliners in Iran reject this claim or acknowledgement and also they rejected the demand of the international convention that Iran would stop financing terrorism and money laundering, which they see as humiliation.

The third point is that Zarif was humiliated two days before his resignation, when President Rouhani met with Syrian President Bashar al-Assad and Zarif was not invited, while [Quds Force General] Qassem Soleimani was invited and Zarif felt he was being marginalized by his own boss and driven out of important foreign policy issues. Therefore, he decided to either resign or simply to pressure Rouhani to reinstate him in his actual position in foreign policy.

Sputnik: Professor, what will happen next, now that President Rouhani has rejected his resignation? Reuters news agency reported that Mr. Zarif signed two agreements in Tehran with Armenia…

Meir Litvak: I think probably Zarif will try to negotiate his return to office with Rouhani and what will be his actual authority, what would be his field of engagement. The agreements that he signed with Armenia are not his own personal agreements but, of course, agreements with Iran and, therefore, such agreements will not be affected. Iran's foreign policy is not dependent on Zarif, by the way, in foreign policy in Iran major decisions are made by the Supreme Leader, the president implements it and the foreign minister is really a person who carries out and implements foreign policy, but he's not the decision-maker.

‘Individuals are Important…But Even W/O Javad Zarif Things Will Continue’– Prof
Sputnik: His announcement highlights Iranian government infighting and could be a sign of intensified turmoil in the country; what are your thoughts on that?

Meir Litvak: Yes, there's clearly serious infighting in Iran's political arena between hardliners and pragmatics; it's a question not only about foreign policy, it's related very much to domestic policy. That is, do you open Iran to the rest of the world economically, which means then certain foreign policy? The hardliners oppose it, they don't want Iran to open up economically to the world partly because they're afraid of the cultural repercussions on Iran, that is Iran would be exposed to foreign ideologies and foreign culture. Also because you have strong groups in Iran that benefit from the current economic system, and they're afraid that opening up Iran economically to the world would affect their economic situation.

Another issue is priorities, do you invest more money or allocate more resources, for instance, to supporting the Syrian government, or the war in Yemen, or the Palestinians, or do you allocate more resources to domestic problems. This is a foreign policy issues and a domestic policy issue and there's very strong infighting on the Iranian political arena over these issues.

Sputnik: Changing the topic slightly, Professor. US Secretary of State Mike Pompeo welcomed his resignation, is there any rationale here?

Meir Litvak: I think the rationale is that he believes that Zarif serves as the smiling face of Iran whereas real policy is determined by Supreme Leader Khamenei and, therefore, he would preferred to have a person who would project a tougher foreign policy it would have been easier to confront Iran in this way. Clearly, by the way, Zarif is a very skillful diplomat, there is no question about it, he's a very skillful diplomat and probably Americans would like to deal with someone who is less skillful than Zarif.

Zarif's Resignation Should Not Affect Iran Deal - Analyst
Sputnik: Professor, how important is Mr. Zarif when it comes to maintaining Iran's nuclear deal, what role does he play in maintaining this agreement?

Meir Litvak: The decision whether or not Iran would adhere to the agreement would be made eventually by Supreme Leader Khamenei. Khamenei makes decisions based on listening to the various groups and factions within Iran and then he eventually reaches a policy. Zarif is one factor among others who try to influence decision making by Khamenei, but Khamenei is the one who makes the decisions. Clearly you can say that if Zarif is removed then the voices that support adherence to the agreement maybe weakened, but I think President Rouhani would continue to support this agreement and, therefore, it will not have a major effect on the agreement, it would probably have a certain effect, but not necessarily decisive, this is not the thing that would decide whether or not Iran would keep the agreement.