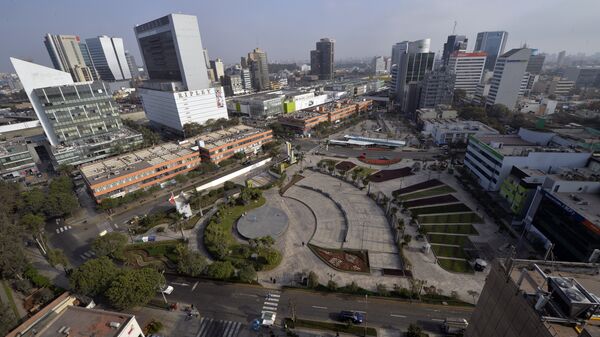 "We have already informed staff of the Venezuelan embassy that after this period they will not be recognized as representatives of Venezuela […] We tell them that they become illegal in Peru and that we cancel their visas", the deputy minister said, adding that the 15-day period was counted from 22 February.

Peruvian Envoy to the United Nations Gustavo Meza-Cuadra told Sputnik in January that Lima is against the intra-Venezuelan dialogue and calls for holding free and fair elections in Venezuela.

Sputnik Chief Editor Names Reason Likely Behind Ottawa's Sputnik Lima Group Ban
Venezuela is currently going through a political crisis. On 5 January, lawmaker Juan Guaido was elected as the president of the opposition-controlled National Assembly, which all other government branches have been refusing to recognize in 2016. On 23 January, two days after the Venezuelan Supreme Court annulled his election, Guaido declared himself the country's "interim president". Incumbent President Nicolas Maduro, who was sworn in for his second presidential term on 10 January after winning the May election, which part of the opposition boycotted, qualified Guaido's move as an attempt to stage a coup orchestrated by Washington.