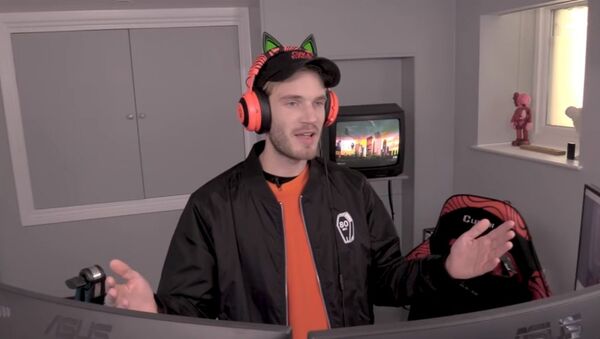 It appeared that the winner for the most-subscribed YouTube channel was at long last determined on 22 February, and it really was, at least for several minutes. Now, however, the race is back on, with the rivals struggling to outdo each other, before the final bell is rung.

After a tough race, involving multiples ups and downs for both participants, Indian music and video company T-Series and Swedish blogger PewDiePie, the Bollywood company has gritted out a victory, surpassing the YouTuber in the number of subscribers for the very first time last Friday.

Its reign as the top YouTube channel was way too short, though, “for roughly 8 minutes”, spokesperson for the social media analytics company SocialBlade confirmed in a statement to Mashable.

The thing is that YouTube regularly conducts automated checks to make sure that views and channel subscribers are accurately estimated and reflect reality. It is during one of those audits that PewDiePie’s account appeared to lose around 20,000 subscribers on Friday, enabling T-Series to briefly rocket to the top.

The pivotal moment turned out to be so elusive that there was hardly anyone who essentially took note of it. PewDiePie, aka Felix Kjellberg, shortly restored his lead, boasting an over 110,000 margin over T-Series in the subscriber count as of today. However, YouTube channels that have been tracking the two channels’ subscriber counts were quick to capture real-time proof.

The brief moment of T-Series’ lead was viewed by those who have been following the competition, signalling the final stage of the race:

We’re in the endgame now

T-Series surpassed him once. pic.twitter.com/pGQ0YylbcF

Some users, however, voiced a view that YouTube was sabotaging the Swede, with another one calling to join efforts not to let this happen again:

T-series just surpassed @pewdiepie for 5 sec, please discord crew we need your help to not let that happen again

todays day is t-series surpassed pdp's subscriber and i got blocked:(

The reason why @pewdiepie almost got surpassed by T-Series. Is @Youtube sabotaging him? #pewdiepie #tseries pic.twitter.com/csffvqJhac

PewDiePie and T-Series have been competing for the status of top popular YouTuber since Kjellberg uploaded a video warning his fans that he was on the verge of losing his most-subscribed YouTube channel title last summer, after keeping it intact for five years straight.

Having unfurled a large-scale promo-campaign involving other bloggers and a number of flash mobs on Twitter, the Swede has earned over 87,160,000 viewers, while T-Series subscribers amount to nearly 87,023,000.

Despite a lot of scepticism over the issue, PewDiePie and his fans hope for the better, as the top YouTuber is racking up support due to his being a highly popular individual creator rather than a profit-seeking business.