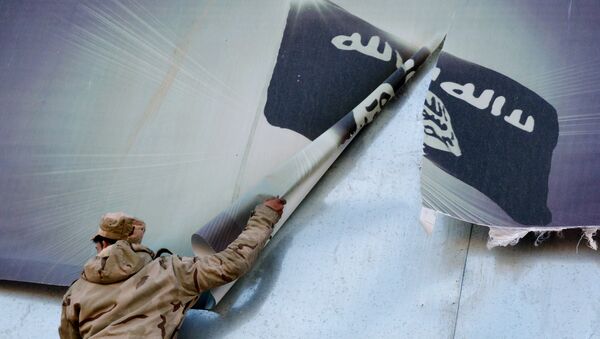 Denmark, Norway and Sweden have taken different approaches in dealing with jihadists; many insist that Daesh* is in its death throes, with the former "caliphate" reduced to a tiny pocket of resistance. While some see the jihadists as "some of the most dangerous people on Earth", others consider the ex-militants "broken, traumatised men".

With Daesh squeezed against the wall in the so-called "Baghouz pocket" in Syria, US President Donald Trump's demand that the US' European allies "take back" their jihadists and bring them to justice has left the Scandinavian countries divided.

Norway: "Jihadists are free to return and face trial"

Norwegian Prime Minister Erna Solberg said Norwegian jihadists are free to return to Norway and face trial. She emphasised that Oslo will not bring anyone home proactively, but stressed that Norwegian citizens in Syria have the right to return home, the newspaper Verdens Gang reported.

"We can't send Norwegian diplomats in and just take people out. But if there's another type of solution, then we must also take responsibility for our citizens at some point," Solberg told Verdens Gang. She pledged that the returnees will be prosecuted.

"Whatever one's parents have done, children will be treated like children when they get home. Then we have to make sure that the parents won't be treated as heroes, which implies a risk of radicalisation," Solberg told national broadcaster NRK, stressing that Norway is facing the demanding task of preventing these children from being excluded.

According to the Norwegian Police Security Service (PST), there are about 30 jihadists and 40 Daesh children.

Sweden: Society must "play a big part in re-integration"

Sweden, by contrast, seeks to re-integrate Daesh returnees. The city of Stockholm has pledged to keep contact with all "Daesh families", build an "expert team" and establish a psychological helpline for former jihadists, national broadcaster SVT reported, euphemistically calling the veteran terrorists "fighters".

The head of Swedish Security Police (Säpo) called Daesh returnees "broken men traumatised by their experience" and stressed that it was Swedish society's duty to "play a big part in their integration".

"These [Daesh] females who are now begging to be retrieved should be left there to rot. Completely irrelevant whether their jihadi spawn is 'innocent'," Bali tweeted. The Iranian-born politician suggested that those burdened by a heavy conscience should consider adopting some of the thousands of Yazidi orphans. Still, this suggestion landed Bali in hot water.

So far, about 150 Daesh terrorists have returned to Sweden. Of them, about 40 have returned to Stockholm, whose authorities have been repeatedly criticised for failing to monitor the returnees and lacking a concrete plan of action.

In stark contrast to Norway and Sweden, Denmark is reluctant to bring home jihadis and have their courts try them.

"They have long ago forfeited their chances of gaining Danish citizenship. They are no longer Danish in my eyes", Danish People's Party foreign policy spokesman Søren Espersen told the newspaper Jydske Vestkysten.

Michael Aastrup Jensen, foreign policy spokesman for Danish Prime Minister Lars Løkke Rasmussen's Venstre party, put it equally firmly: "These are some of the most dangerous people on Earth, and we're not going to have them back", Danish Radio reported.

In the past years, Denmark contributed 150 jihadists to Daesh and other terrorist groups in the Middle East. Nine of them have been sentenced to prison in absentia.

As Daesh's last enclave on the Euphrates is about to fall, spelling the end for the self-declared "caliphate" in Syria, US President Donald Trump has asked his European allies to take back over 800 Daesh fighters captured in Syria and put them on trial.

​In December, President Donald Trump announced that he intended to withdraw all 2,000 US troops from Syria. Although no fixed timepoint for the pullout has been set, the Pentagon reportedly plans to complete it by April.