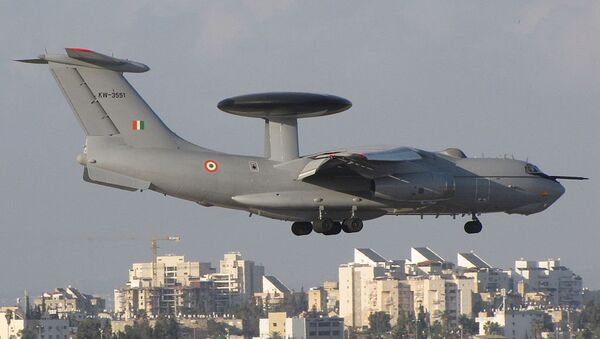 "We are offering different options to India regarding works on AEW&C aircraft. The Indian Air Force operates first three A-50EI aircraft. We are ready to continue work in this area, for example, on the modernization of systems of this type, including with the participation of partners from third countries," Slyusar said in an interview.

India to Purchase 21 Russian MiG-29 Jets to Improve Air Combat Strength - Report
In 2004, India, Russia and Israel signed a trilateral agreement to supply the Indian Air Force with three Israeli Phalcon long-range airborne early warning systems, which allow to detect air targets at a range of up to 400 kilometers (259 miles). These systems are installed on Russia's Il-76 aircraft. In Russia, AEW&C aircraft for India built on the basis of Il-76 are called A-50EI.

The total cost of the agreement was reportedly estimated at $1.1 billion.