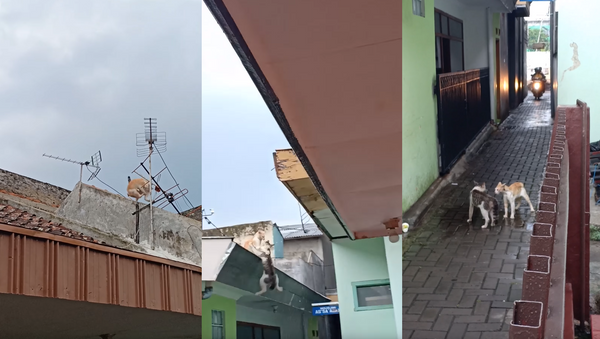 © YouTube/Viral Hog
Subscribe
Even the gutter couldn’t save these brawling felines!

A West Java, Indonesia, local recently captured the exact moment a catfight took a hair-raising turn (or tumble) and led to a soggy conclusion.

The video owner says she began filming once she heard the volume of the cats' argument increasing. Little did she know, the fight would cause the two kittens to slip, slide and fall into a puddle in the alley below.

Despite the unexpected vertical trip, the two cats still appear prepared to scrap at the end of the clip!