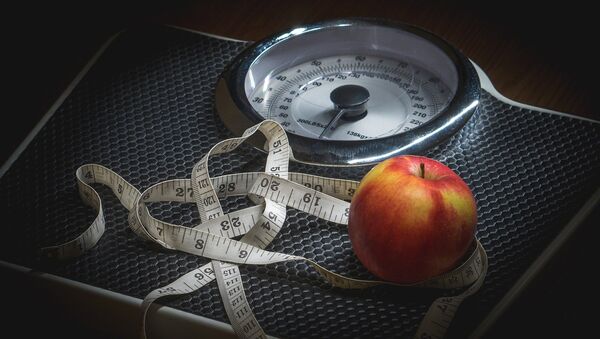 CC0 / /
Subscribe
An analysis released Monday by the American Cancer Society (ACS) reveals that obesity-linked cancers are on the increase among young adults in the US, a trend which could stifle the progress made in reducing cancer mortality over the last few decades.

According to the study, published in The Lancet Public Health journal Sunday, six out of 12 obesity-related cancers, namely colorectal, uterine, gallbladder, kidney, pancreatic and multiple myeloma, are on the rise in people under 50. Most of these cancers typically show up in patients who are in their 60s and 70s.

The findings are based on 20 years of data (from 1995 to 2014) for 30 cancers in 25 states; the data was obtained from the Cancer in North America database of the North American Association of Central Cancer Registries.

For instance, pancreatic cancer is traditionally most common in people over the age of 65. However, the study found a 4.34 percent average annual increase in pancreatic cancer diagnoses among people between the ages of 25 and 29 during the study period.

In addition, millennials (anyone born between 1981 and 1996) these days are twice more likely to develop colorectal, endometrial, pancreatic and gallbladder cancers than baby boomers (people born worldwide between 1946 and 1964) when they were the same age.

"Although the absolute risk of these cancers is small in younger adults, these findings have important public health implications," Ahmedin Jemal, ACS's scientific vice president of surveillance & health services research and an author of the report, said in a statement.

"The future burden of these cancers could worsen as younger cohorts age, potentially halting or reversing the progress achieved in reducing cancer mortality over the past several decades," he added.

The findings might change how doctors treat young adults, according to Jemal.

US Baby Boomers Earned 20% More Than Millenials, a Study Finds

On a positive note, the study also found that rates of two non-obesity related cancers, namely gastrointestinal cancer and leukemia, have decreased or stabilized among millenials.

However, according to Brenda Birmann, a doctor at Brigham and Women's Hospital in Boston, Massachusetts, obesity is only one factor that could be leading to increased cancer rates among young adults. Other factors, like the environment and genetics, might also play roles.

According to a report by the ACS, being overweight or obese is linked to many types of cancers.

Although the link between obesity and cancer is not clearly understood, it is generally believed that excess body fat can affect the immune system and levels of certain hormones such as insulin and estrogen, factors that impact cell growth, and proteins that regulate how the body uses certain hormones.