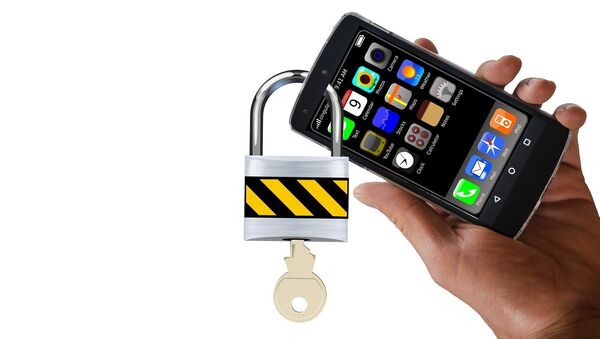 © Photo : Pixabay
Subscribe
International
India
Africa
MOSCOW (Sputnik) - Sales of a mobile phone with crypto-protection technology Kruiz-K, which is immune to hacking and wiretapping, have started in Russia, the press service of Russian state corporation Rostec told Sputnik on Sunday, specifying that the price of the device amounted to around 85,000 rubles ($1,298).

"The phone is already commercially available. Our concern Avtomatika is in charge of its serial production and deliveries. One can order it, and the terms of production will depend on the scope of the batch. The price of one device makes around 85,000 rubles. Individuals cannot purchase it in retail, while an entity can buy any amount, starting from one device… It is impossible to hack the phone and wiretap it," the press service said.

Rostec refused to reveal any details about the technologies that were used, but said that the operating system of the phone had been designed by Avtomatika. The real-time system was significantly stripped down for information security reasons.

Kruiz-K technology has been certified by the Russian Federal Security Service as compliant with all requirements for the gadgets that transmit confidential information.

They Can't Hack You if There's No Internet: Russia Creates Progressive Messenger
In May 2018 Avtomatika's press secretary Vitaly Strugovets announced that Avtomatica has created the first Russia's cryptophone, which will be available to security forces and businesspeople who want protection against eavesdroppers.

It was said that the device supported two regimes for phone conversations: an encrypted one and the one where communications are not protected.

Fyodor Volkov, an engineer from Avtomatika, explained that the owner of such a telephone could be "completely assured" of the privacy of their calls as long as the person on the other end of the line had a similar IP phone.