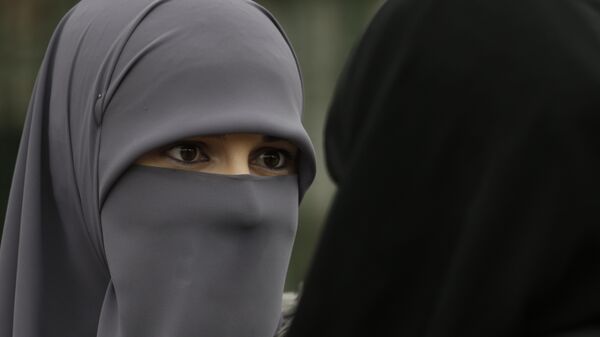 The Metropolitan Police have been investigating reports of “racist and abusive video footage” that emerged on social media last Friday.

A 60-year-old man, who is believed to have followed a group of Muslim schoolgirls in London and called for them to be sterilised, has been taken into custody, Metro reported.

The hijab-wearing girls were filmed outside the Central Foundation Girls’ School on Friday, with a voice heard calling them “c**ts” and saying that they “are going to breed like f**king rats”.

“As you can see, this lot are coming out of f**king school. All these  f**king black c**ts  here. So they’re all going to have at least four to five f**king kids each. F**king look at them. Far as you can f***ing see, mate. These c**ts are gonna breed like f**king rats. I tell ya”.

In the footage, which emerged on social media, the man then made a reference to Josef Mengele, a Nazi physician at the Auschwitz concentration camp, who performed deadly experiments on prisoners.

“This was England. We’re going to be f**ked with this lot. I think what we might have to do is think of something like old doctor Mengele [,,,] so the c**ts can’t f**king multiply”, he said, saying that the girls should be injected or have their ovaries burnt.

Who was it who said Islamophobia doesnt exist?

This vile excuse for a human being needs to be found.

In a joint statement issued prior to the detention of the alleged abuser, Tower Hamlets Mayor John Biggs and Councillor Asma Begum condemned the use of “this inflammatory rhetoric”.

“We are aware of the video that has been circulated showing a man making extremely offensive comments outside Central Foundation Girls School. […] Tower Hamlets is home to people from all over the world and we are proud of our history which has been enriched by migration. […] We have been in touch with the school and will be offering them support and continuing to monitor this situation”, they said.