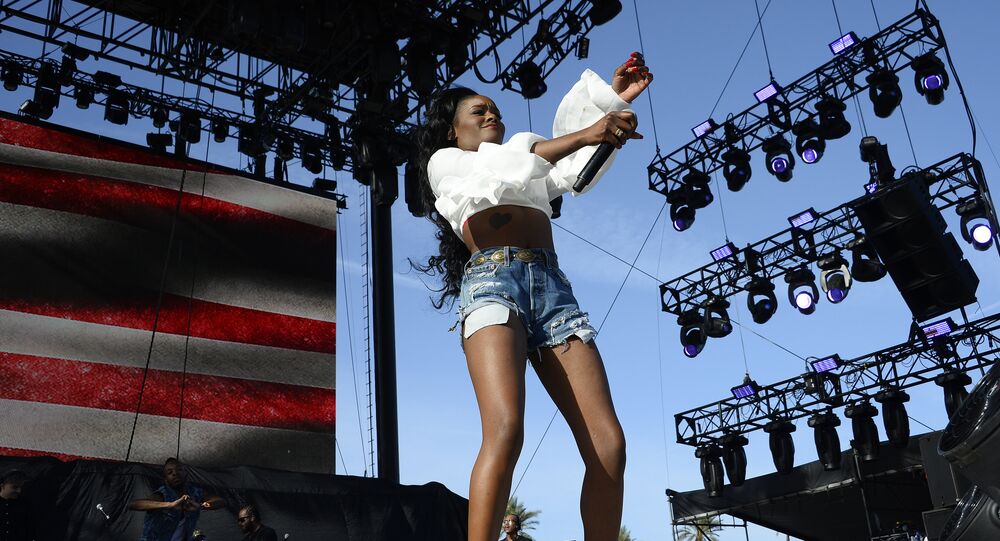 The barrister advised Banks to familiarise herself with Section 127 of the Communications Act 2003, which outlines what constitutes offensive and threatening messages sent over a “public” electronic communications network.

A string of derogatory comments recently delivered by American rapper Azealia Banks may result in her being arrested in the United Kingdom, a barrister named Tomas McGarvey, has warned the star.

Earlier this week, Banks delivered a "racist outburst" against Irish people on social media, calling them "inbred", "leprechauns" and inquiring if they "had a famine to go die in", while a day before that she simply blasted them as "f**ing ugly" after becoming involved in a row with an Aer Lingus stewardess, according to the Daily Mail.

McGarvey, however, calmly pointed out that Section 127 of the Communications Act 2003, which covers "offensive and threatening messages sent over a 'public' electronic communications network", takes a dim view of such volatile remarks.

"If you keep up the insults, you may end up with the firsthand experience," he politely added.

Hi #azeliabanks in light of your recent comments on #instagram about Irish women & Irish people generally, perhaps I can introduce you to the #CommunicationsAct2003 (s127) before you land in England. If you keep up the insults, you may end up with first hand experience. pic.twitter.com/Hta7c0EJ1v

​Many netizens also appeared less than thrilled with Banks’ comments.

well said! Racists like this should be banned from the UK!

I abhor what she has said. She is someone that is not well, she has verbal anger management problems. When she is hurt or angry, she lashes out. She doesn't need legal threats, she needs help, perhaps loving care.

Petition to get @academydublin to cancel #AzealiaBanks gig after her racist comments towards Irish people! Let's be honest if tables were turned we all know they wouldn't let it happen! Say no to double standards! THE ACADEMY NEEDS TO SHOW THEY DONT TOLERATE ANY SORT OF RACISM!

At least Irish women wear their own hair. pic.twitter.com/MNZYhdnqXj