iPhone Users Can Now Spy on Each Other, Here's How 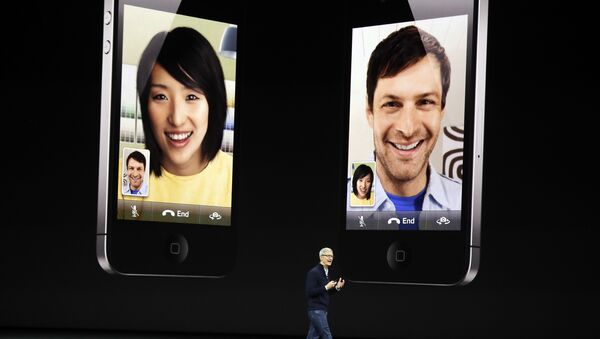 Cybersecurity experts have previously come up with several methods allowing one iPhone user to forcibly freeze and reboot others' iPhones, but they recently revealed a bug that threatens not just the well-being of the smartphones, but also their owners' privacy.

A new iPhone glitch, found by some resourceful users has raised major privacy concerns as it basically allows anyone to listen to your Apple device without you being aware of it. The bug allows an iPhone user, making a FaceTime call, to force the recipient to "answer the call" and start feeding audio without actually pressing the answer button.

The tap in can only last as long as the recipient's phone or Mac continues ringing (as technically the call remains unanswered), but can still give the "hacker" the audio pieces of what is happening on the other end of the line.

The bug uses the FaceTime group call functionality. The "hacker" calls the victim via the FaceTime app and then adds a new person to create a conference call. But instead of actually calling one more iPhone user, the perpetrator enters his/her own number. This leads to the victim's iPhone starting to feed audio despite continuing to ring.

Apple has issued a statement that it's aware of the problem and promised to fix it in the next patch for the iOS system. The company also downed its FaceTime group call servers as a temporary fix for the privacy-violating bug. However, the 9to5mac website managed to repeat the bug hours after the reported shutting off of the servers. It's unclear if the bug can still be used. The only 100% solution for now is to switch off FaceTime on your apple device for good.