'Worst Mistake of Life': Canadian Tourist Says She Was Raped by French Policemen 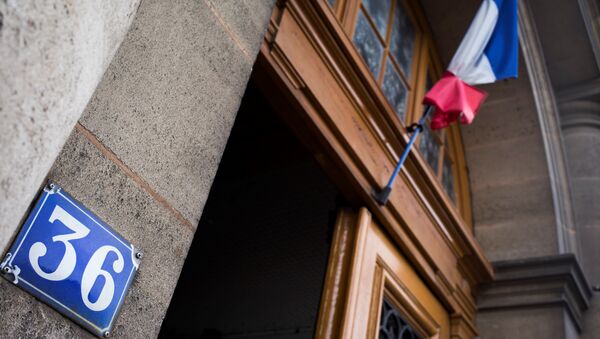 Emily Spanton, a Canadian holidaymaker, said she went out "to have some fun" while on vacation in Paris.

Ms. Spanton, who was 35 at the time, said she was raped after she met a group of police officers in a bar in Paris on 22 April, 2014, and agreed to visit their offices, which were just across the river Seine from the bar.

"It was the worst mistake of my life," said Ms. Spanton, who has waived her right to anonymity.

Ms. Spanton, testifying on Wednesday, 16 January, at the trial of two police officers, who for legal reasons can only be identified as Nicolas R, 49, and 40-year-old Antoine Q.

She admitted she was intoxicated when she met the men and agreed she had been flirting but she said she never consented to any sexual activity.

After chatting with the men she agreed to go to their offices at 36 Quai des Orfevres, the headquarters of the Paris criminal police, which featured in the Maigret detective novels of writer Georges Simenon.

"They explained the police station had been the subject of films, and made it sound like something I would want to see and I thought that going to a police station would sober me up as there would be plenty of lights and people," said Ms. Spanton.

But she said when she got there it was the middle of the night and the fifth floor office was empty and dark.

She said she was forced to drink whiskey and was then forced to her knees and sexually assaulted. She claimed she was raped by up to three policemen.

Ms. Spanton admitted her glasses were taking off, making it difficult to identify her assailants.

"I just gave up; just wanted it to be over. I kept my eyes closed," she told the court, which is directly next door to the police station where the attack allegedly took place.

The two defendants deny rape and said any sexual activity was consensual.

DNA from three men was found on her underwear, including the two defendants.

She said she told other police officers on duty at 36 Quai des Orfevres she had been raped but was told to "go home" and sober up.

Ms. Spanton later filed a complaint at another police station.

The court heard Ms. Spanton had taken anti-depressants, opiates and cannabis on the night of the incident.

The two defendants face up to 20 years in jail if convicted.

The Paris criminal police department has been at the centre of several scandals.

A few months after the incident involving Ms. Spanton 50 kilogrammes of seized cocaine, with an estimated street value of two million euros ($2.2 million), vanished from a secure room at what is known as "the 36".

In 2015 the head of the force, Bernard Petit, was suspended after allegedly leaking information to another senior police officer who was being investigated.