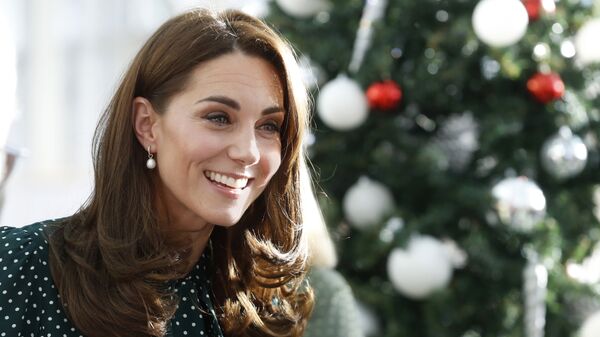 The Duchess of Cambridge has repeatedly been spotted in supermarkets and grocery stores, with the most recent images showing her doing some last minute Christmas shopping at a cut-price outlet.

Daesh* sympathisers have threatened to kill Kate Middleton by poisoning the food she usually buys at the supermarket, the Daily Mail reported.

The alleged threats against the Duchess of Cambridge have been sent on messaging app Telegram, with extremists also sharing her shopping locations, as well as Kate’s photos. In one picture, Prince William’s wife is shown with a red X on a shopping trolley, with the caption: “We know what she eats – poison it!”

The Duchess has on multiple occasions been spotted grocery shopping:

kate middleton shopping at tesco is one of my favourite things ever pic.twitter.com/MQJyIkxC0x

Royals, they’re just like us. Kate Middleton spotted shopping for groceries alone, then loading them into the back of her car while her security detail watches. pic.twitter.com/7jJR7XzwVv

You think you go shopping at the supermarket and find with Kate Middleton
HAHAHAHA#RoyalFans pic.twitter.com/6SeiwksyYu

Additional threats have reportedly been made against her son, Prince George – which is not the first time that has happened. Similar calls were made by Husnain Rashid, who used a Telegram chat to incite supporters to target Prince George.

The 32-year-old also suggested injecting cyanide into fruit and vegetables at grocery stores, as well as poisoning ice-cream in supermarkets.

He initially denied all the charges against him, but eight days after the beginning of the trial, Rashid changed his plea on four of the seven accounts: on three accounts of engaging in conduct in preparation of terrorist acts and one count of encouraging terrorism.

*Daesh, also known as ISIS/IS/Islamic State/ISIL, is a terrorist group outlawed in Russia and many other countries.