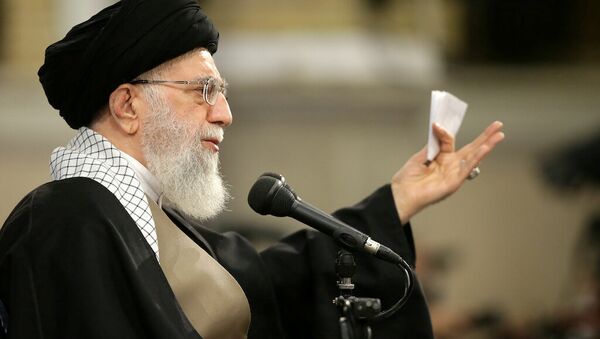 MOSCOW (Sputnik) - The Iranian government is willing to review intelligence and security cooperation with European countries in light of the European Union adding two Iranian individuals and one entity to its terrorist list and freezing their assets as a result, IRNA reported on Wednesday, citing an unnamed diplomatic official.

"Due to European states' support for the distinguished terrorist groups and continuing to provide the terrorist elements with shelter, the Islamic Republic of Iran is busy evaluating and reconsidering its intelligence, security and disciplinary cooperation with European countries," the official told the Islamic Republic News Agency, adding that decisions on the issue, "covering important domains," would be soon made.

The official recalled that following the EU move, six European ambassadors and charge d'affaires had come to the Iranian Foreign Ministry "trying to justify the EU's stances," but faced a "harsh reaction" from the Iranians. The meeting ended in just 10 minutes.

Iran Slams EU for Lack of Progress in Sidestepping US Sanctions - Reports
Reacting to the move, the Iranian Foreign Ministry's spokesman, Bahram Qassemi, stated that Tehran would take countermeasures to respond to the sanctions.

The EU states initially agreed to consider introducing new restrictions against Iran in November after the Danish Security and Intelligence Service accused the Iranian intelligence of plotting an assassination of an Iranian separatist group member in Denmark. Tehran has refuted all allegations.