MOSCOW (Sputnik) - The Council of the EU has added two Iranian individuals and one entity to a terrorist list over alleged recent foiled attacks in Europe, according to a press release issued Wednesday.Iranian foreign ministry spokesman Bahram Qassemi, meanwhile, announced that Tehran will act reciprocally in its relations with the EU.

"Iran will adopt the necessary measures in response to this move and and within the framework of reciprocation," Iranian FM spokesman Bahram Qassemi said in a statement published on the ministry's official site.

Initially the statement was made on the Telegram messaging app, where Qassemi wrote that "the Islamic Republic of Iran will take necessary countermeasures in response [ to the EU's step]", noting that Brussels’ decision was surprising, and insisting that the accusations against Tehran were groundless.

"The Council added 2 Iranian individuals and the Directorate for Internal Security of the Iranian Ministry for Intelligence and Security to the EU terrorist list (measures set down in common position 2001/931/CFSP). These listings have been adopted by the Council as part of its response to recent foiled attacks on the European soil. These sanctions are effective as of today," the press release read.

The council renewed restrictive measures against those already added to the list, according to the press release.

© CC0
EU Agrees Sanctions Against Iran Intel, Accusing Them of Assassination Plots - Danish FM
Earlier, Danish Foreign Affairs Minister Anders Samuelsen stated that the EU had agreed to impose sanctions against Iran over the alleged murder plot, which targeted the leader of the Arab Struggle Movement for the Liberation of Ahwaz (ASMLA) on the Danish soil.

An agreement between the EU member countries regarding the possibility of introducing anti-Iranian sanctions over the alleged assassination plot was reached in November 2018.The decision was made after the Danish Security and Intelligence Service (PET) in late October accused its Iranian counterparts of plotting an assassination of an Iranian separatist group member in Denmark. 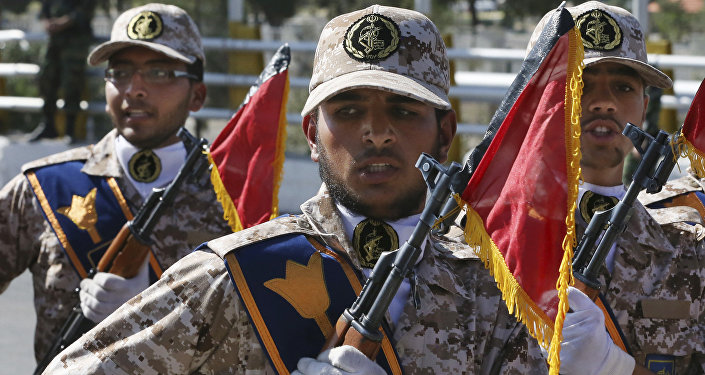 After the EU decision was announced, Iranian Foreign Minister Mohammad Javad Zarif fired back at European officials, saying that no sanctions will "absolve Europe of responsibility for harbouring terrorists".