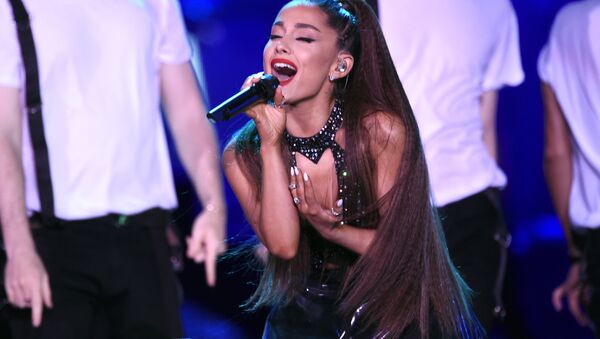 © AP Photo / Chris Pizzello
Subscribe
International
India
Africa
At least one netizen insisted that the singer’s new look was the result of a push-up bra and not some kind of surgery.

American pop star Ariana Grande has apparently once again stolen the spotlight, this time on social media, all thanks to a single picture.

The photo, posted on the singer’s official Instagram page, features Grande dressed in a pink crop top and trousers, posing seductively for the camera.

The photo accrued over 3 million likes mere hours after it was published, with countless fans praising Grande’s stunning good looks, heaping praise on her and calling her "queen".

A number of people, however, focused their attention on the singer’s cleavage, wondering aloud whether Grande had done something to enhance her bosom.

The discussion even spilled over on Twitter, with at least one netizen claiming that Grande’s new look was the result of a push up bra and not some kind of surgery.

From fillets to steaks… 🤔

did ariana grande get a boob job? nope it’s a victoria secret push up bra, false advertisement, just like the rest of america children.