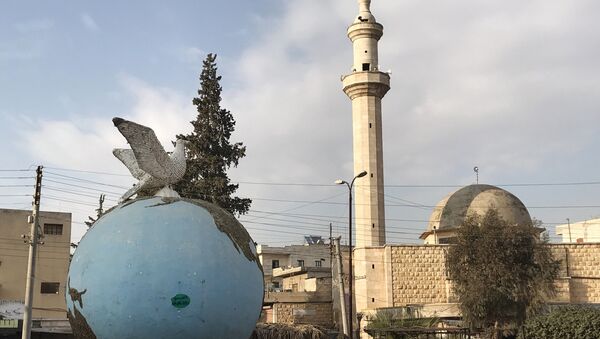 MOSCOW (Sputnik) - Omer Celik, the spokesman for President Recep Tayyip Erdogan's governing Turkish Justice and Development Party (AKP), on Tuesday rejected claims that Turkey was a threat to Kurds and said that Turkey was the Kurds' "only friend."

He then rejected any accusations leveled at Turkey and concerns over its treatment of Kurds.

"Those who tell Turkey 'don't touch Kurds' should look in the mirror and remember their oppression of Kurds", Celik emphasized.

The spokesman went on to say that Turkey was ready to cooperate with the United States, qualifying US interactions with the Kurdistan Workers' Party (PKK), listed as a terrorist organization by Ankara, as a "great failure."

US Seeks to Prevent Turkey From 'Slaughtering' Kurds in Syria - Pompeo
His remark followed recent statements by US Secretary of State Mike Pompeo, who cited "the importance of ensuring that the Turks don’t slaughter the Kurds" after US troops withdrawal from Syria, and US National Security Adviser John Bolton, who voiced need to ensure that Turkey would not attack Syrian Kurdish forces following the withdrawal.

Both Pompeo and Bolton are aware that the PKK is a terrorist group, Celik stressed.

In December 2018, US President Donald Trump said that the US forces, with their numbers amounting to around 2,000, would leave Syria since the Daesh* terrorist group had been defeated there. Later, the White House spokeswoman, Sarah Sanders, said that the US began withdrawing troops from Syria, but a victory over Daesh did not mean the end to the existence of the coalition.

Relations between Washington and Ankara have been strained over US support of Syrian Kurdish fighters, who have been also controlling Syrian territories, as Turkey regards the Syrian Kurdish units as part of the outlawed separatist PKK.