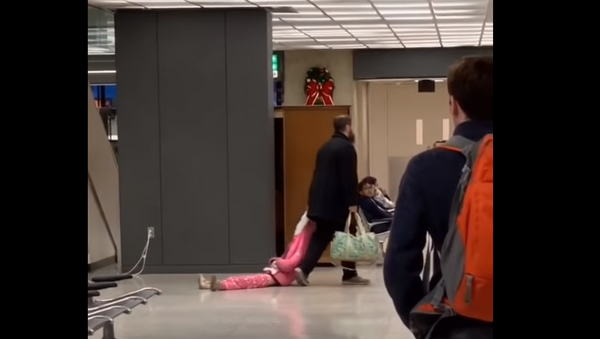 Waiting to pick up his girlfriend from the Dulles International Airport on New Year's Day, one man spotted and began recording a father who had clearly given up on negotiating with his child.

Reminiscent of a November clip showing a Quebec father's post-daycare parenting, the peeved parent is seen dragging his daughter through the international airport by her jacket's hood. Trying to keep her distance from the spectacle, the man's older daughter is seen trailing behind in the final seconds of the video.

While one would expect many to question the dad's decision, the Viral Hog comment section was surprisingly supportive of the father.

"Anyone with toddlers can understand this lol," observed user London Rhodes.