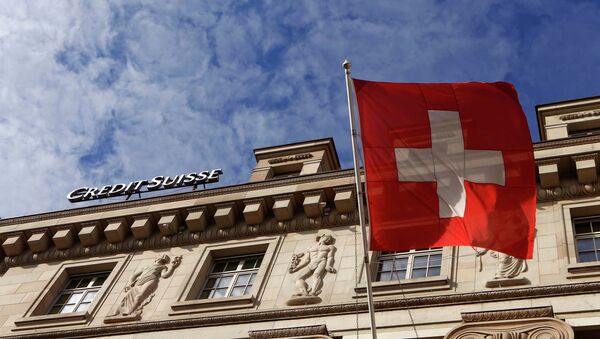 © REUTERS / Arnd Wiegmann
Subscribe
The arrested conspirators are said to be involved in a large-scale credit fraud that ruined the economy of Mozambique in 2016.

Three former Credit Suisse Group bankers have been arrested in London in connection with a loan fraud scheme that ruined the economy of Mozambique in 2016 according to UK authorities, cited by the South African Eyewitness News outlet.

Andrew Pearse, 49, Surjan Singh, 44, and Detelina Subeva, 37, have been charged in a federal court in Brooklyn, New York, and the US now seeks extradition of the three. The trio has currently been released on bail.

Rosneft and ExxonMobil Win Three Areas in Mozambique
A fifth man, Jean Boustani, a Lebanese citizen who worked for an Abu Dhabi-based contractor to Mozambican companies, was arrested on Wednesday at New York's John F. Kennedy Airport, according to a CNBC report.

Three state-owned Mozambique companies borrowed some $2 billion through loans guaranteed by the government and arranged by Credit Suisse and another investment bank between 2013-2016 under the pretext of conducting maritime infrastructure projects in the African nation. An indictment, issued by the US District Court's Eastern District of New York, says that three firms were fronts the conspirators used to enrich themselves.

The indictment accuses the conspirators of "creat[ing] the maritime projects as fronts to raise money to enrich themselves and intentionally divert[ing] portions of the loan proceeds to pay at least $200 million in bribes and kickbacks to themselves, Mozambican government officials and others."

The borrowed money subsequently disappeared and the government of Mozambique learned about the loan scheme three years later. In 2016, it publicly admitted to an undisclosed loan, which prompted the International Monetary Fund (IMF) to cut off support to the nation, triggering an economic collapse and a default on sovereign debt.

Credit Suisse issued a statement saying it will continue to cooperate with authorities on the investigation.

"The indictment alleges that the former employees worked to defeat the bank's internal controls, acted out of a motive of personal profit, and sought to hide these activities from the bank," the statement noted.

White Farmers in South Africa May Lose Their Lands...Next Year
Despite UK initiating an investigation in 2016, little progress was achieved until the US federal investigators became involved. While observers such as Alex Vines of the Chatham House think tank praise the arrests, saying it is major progress in a once-seemingly-hopeless investigation, others, such as Tim Jones, a policy officer at the British-based Jubilee Debt Campaign, criticized UK authorities on their lack of effort.

"It is scandalous that it has required action from the US authorities for this investigation and arrests to be made in London," Jones said, cited by Reuters.

According to the indictment, Pearse was head of Credit Suisse's Global Financing Group until September 2013, moving to shipbuilding firm Privinvest Group in April of that year. Subsidiaries of Privinvest have been named as primary suppliers to the Mozambican firms, according to CNBC.

Singh worked for Credit Suisse as a managing director in the Global Financing Group until February 2017, while Subeva was a vice president in the same department until August 2013.

000000
Popular comments
Anybody in Mozambique going to the gallows for this?