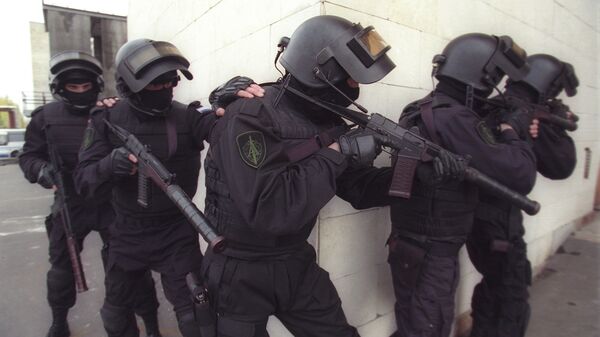 The day before, Irish and UK officials confirmed that US national Paul Whelan, detained in Moscow on espionage allegations, had British and Irish citizenships as well.

Speaking about the situation around Whelan, Russian Deputy Foreign Minister Sergei Ryabkov said that there were no talks about a possible swap of the detained US national as no charges against him have been brought so far.

"The situation around Mister Whelan is very serious. As we understand, he has arrived to Russia to carry out spying activities in violation of the Russian legislation. So it is irrelevant, counterproductive and unreasonable from the political point of view to discuss any swap at this stage," Ryabkov added.

Since Whelan is a citizen of four countries — the United States, the United Kingdom, Canada, and Ireland — the issue of granting consular access to him will be discussed with representatives of each of these states individually, Ryabkov specified.

"In all the cases, the issue of organizing consular access is addressed in compliance with related documents — bilateral consular conventions as well as the multilateral convention of consular relations. I emphasize that Russia… rigorously abides by its obligations under these documents… But the situation with every specific country… is individual, and decisions will be made on a case-by-case basis," he explained.

Ryabkov went on to say that Russia would brief the authorities of these four states and then, "depending on the situation," their media outlets, on the developments.

Russia
Whelan’s Brother Confirms Spy Suspect Has Four Citizenships
Whelan, who is officially employed as director of global security for a Michigan-based automotive parts supplier, was detained in Moscow on December 28, with Russia's Federal Security Service (FSB) filing a criminal case against him over allegations of espionage.

Alleging that Whelan had been detained "during a spy action in Moscow," the FSB offered few other details on the case. On Thursday, a local court remanded him in custody.