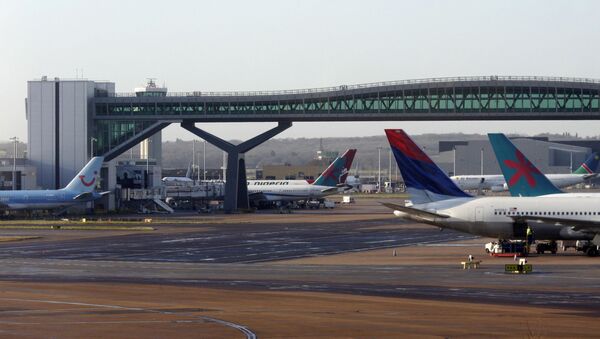 More than 140,000 passengers were affected just before Christmas as 1,000 flights to and from London's Gatwick Airport were cancelled or delayed.

On Thursday, January 3, the Ministry of Defence confirmed military personnel had been withdrawn from Gatwick.

"The military capability has now been withdrawn from Gatwick. The armed forces stand ever-ready to assist should a request for support be received," said the Ministry of Defence.

Hundreds of flights were cancelled from December 20 following repeated drone sightings near the airport's single runway.

i see the British Army has withdrawn from Drone Wars at Gatwick Airport. Here are some lessons on fighting drones, from the Iraqi army. Or, Why Shooting Down Drones is a Bad Idea. pic.twitter.com/pKRiARQc6Q

​The chaos lasted for 36 hours and led to the Army being called in. Their operation remains top secret but it is thought they may have deployed the Israeli-made Drone Dome system, which blocks communications between drone and operator.

Gatwick said it had spent £5m to prevent future attacks, without going into details.

A couple — Paul Gait and Elaine Kirk — who were arrested in nearby Crawley on December 23 were later released without charge by Sussex Police, who were forced to make a grovelling apology after it became clear they were entirely innocent.

​As of Thursday, January 3, nobody has been charged with operating drones near Gatwick and the authorities appear to have no idea who was responsible, despite a £50,000 reward being offered for information leading to conviction.

The confusion even caused some to speculate that UFOs had been to blame.

Ironically the airport — one of Britain's busiest — changed hands on December 27, with the French conglomerate Vinci buying a controlling stake for £2.9 billion.

Vinci is mainly a construction company and employs 200,000 people across the globe, but it also operates motorways in France and has recently been buying up airports in Serbia, Japan and Brazil.

​It also owns the main international airport in Lisbon.

"Creating synergies and sharing best practices being at the core of our values, the whole VINCI Airports network will benefit from Gatwick Airport's world-class management and operational excellence, which has allowed it to deliver strong and steady growth in a very constrained environment. As Gatwick's new industrial partner, VINCI Airports will support and encourage growth of traffic, operational efficiency and leverage its international expertise in the development of commercial activities to further improve passenger satisfaction and experience," said Nicolas Notebaert, President of VINCI Airports.