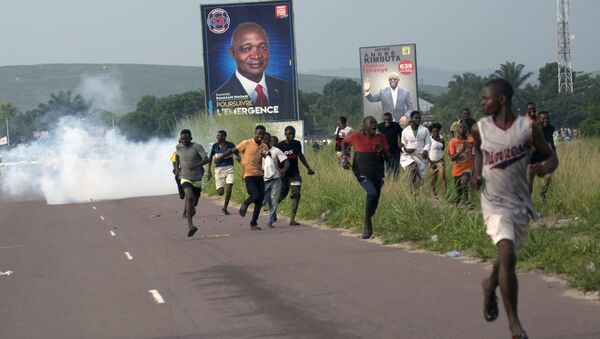 President Joseph Kabila's chosen successor was believed to have been trailing behind businessman and political newcomer Martin Fayulu, who campaigned against widespread corruption.

The government of the Democratic Republic of Congo has shut down the country's internet to avert a "popular uprising" as tensions rise in the wake of Sunday's presidential elections.

A gargantuan operation is underway to collect all the votes from the 80,000 polling stations in the vast country — DR Congo is as big as France, Germany and the Low Countries combined — which is largely jungle and has few major roads or railways.

The country — a former Belgian colony, which was formally known as Zaire — has never had a peaceful transition of power since independence from Belgium in 1960, and bloodshed marred elections in 2006 and 2011.

President Joseph Kabila — whose father and predecessor Laurent was assassinated — has been in power since 2001 and initially refused to quit when his two-term limit expired.

Kabila Has Hand-Picked His 'Successor'

He eventually agreed to go but it is thought he may continue to hold on to the reins of power if his hand-picked successor Emmanuel Ramazani Shadary wins.

Shadary, a former interior minister, is the candidate for the ruling People's Party for Reconstruction and Democracy (PPRD) but he was up against opposition leader Felix Tshisekedi and a political newcomer, successful businessman Martin Fayulu. 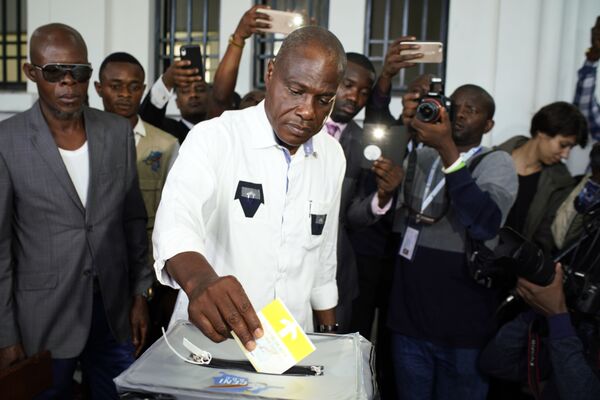 Fayulu has campaigned against the rampant corruption which makes DR Congo poor despite its vast mineral wealth.

Final results are expected on January 15 and the next head of state three days later.

The government shut down the internet on Monday, December 31, amid claims it was being used to stir up trouble.

Kabila's diplomatic advisor, Barnabe Kikaya Bin Karubi, told the AFP news agency the national security council had decided it was "imperative" to shut down the internet to allow the electoral commission to finish counting and compiling votes.

"There are people who have indoctrinated the public with false numbers about this election. This has laid the groundwork for a popular uprising," Mr. Karubi said on Tuesday, January 1.

Several residents in the capital Kinshasa tried their luck at large hotels, where some internet could still be accessed while others tried to buy credit to buy services from the neighbouring Republic of Congo.

The European Union, United States, Canadian, and Swiss heads of mission in Kinshasa issued a joint statement on January 1 urging the government to restore internet access.

"We request that the government refrains from blocking means of communication, in particular, access to the internet and the media," said the statement.

They also backed a request by the country's two main election monitors — the National Episcopal Electoral Conference of Congo and SYMOCEL, an alliance of citizens' observer missions — to get access to vote counting centres.