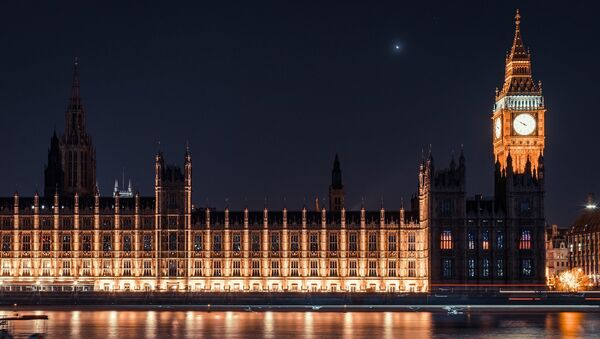 CC0 / /
Subscribe
International
India
Africa
MOSCOW (Sputnik) - UK Prime Minister Theresa May should recall members of parliament a week earlier from their Christmas break to conduct a vote on the Brexit deal, Labour Party leader Jeremy Corbyn said in an interview with The Independent published on Friday.

"Well, it is in her hands to recall parliament. I want us to have a vote as soon as possible, that’s what I’ve been saying for the past two weeks, and if that means recalling parliament to have the vote let’s have it," Corbyn told the newspaper.

Corbyn added that it seemed to him that the government was simply trying to postpone the vote so that lawmakers are forced to choose between two equally bad scenarios: a no-deal Brexit or May's agreement.

"But it looks to me the government has once again reneged on that and tried to put it back another week. We need to have that vote so a decision of parliament can be made. What I suspect is that it’s a completely cynical manoeuvre to run down the clock and offer MPs the choice of the devil or the deep blue sea," Corbyn said.

Members of parliament are expected to return from their two-week Christmas break on January 7, and a new debate over May's Brexit deal is scheduled for January 9. A vote on the deal is then expected to take place the following week.

UK May Become a 'Third Country' Under No-Brexit Deal – EU Commissioner Oettinger
On December 11, UK Prime Minister Theresa May postponed the vote on her Brexit deal, which led to a vote of no confidence in May later in the week. Though she won the vote 200-117, the future of the agreement is still unclear, and the no-deal scenario remains possible.

No-deal Brexit will happen on March 29, 2019, if May's government fails to find a compromise between the UK parliament and EU authorities. This scenario would entail no transition period, meaning that the United Kingdom would have to leave the European Union and abandon everything associated with it in one day. This could result in a catastrophe for the nation's economy.