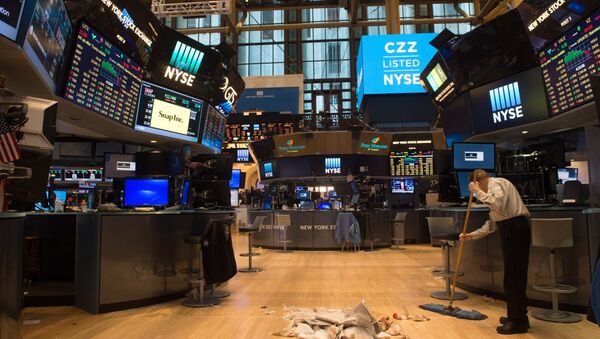 US stocks enjoyed the greatest single-day increase in their history a day after Christmas, only two days after suffering their worst single-day decline, the Dow Jones Industrial Average and other indices revealed.

READ MORE: Panic Grips the Markets and the Trump Administration

Earlier losses saw the S&P enter a bear market on Monday, ending a 10-year run as a bull market. But Wednesday's stock jump pulled the S & P out of bear territory, at least temporarily. The investors had already called it a Christmas miracle.

Concerns about the economic growth outlook, the US-China trade dispute and rising interest rates have dogged stocks since the end of summer, and the major indices are still down more than 10 percent this month alone, with three more trading days left in the year. Traders and investors, cited by Reuters, said that technical market factors also contributed to the rally. According to some technical indicators, the S&P was at its most oversold level in years following Monday’s sell-off.

Social media exploded after Monday’s crash. Some users expressed hope, noting that accusations which placed the blame on the Trump administration over the markets’ decline were premature.

How many people's hearts sank when they saw the Dow went up 1,000 points because they really hoped Trump had plunged us into a bear market that would cause GOP legislators to turn on him and support removal after impeachment?

Dow up a thousand points. See prior tweet. Take a breath, the world is NOT going down the drain (except our manners). #DowJones #Trumpshutdown

Others, however, remained concerned, suggesting that the unexpected surge could be a sign of more trouble to come as markets remain unstable.

A one day surge like that CAN’T be normal. 🤨

This is odd behavior. Could mean trouble is on the way.