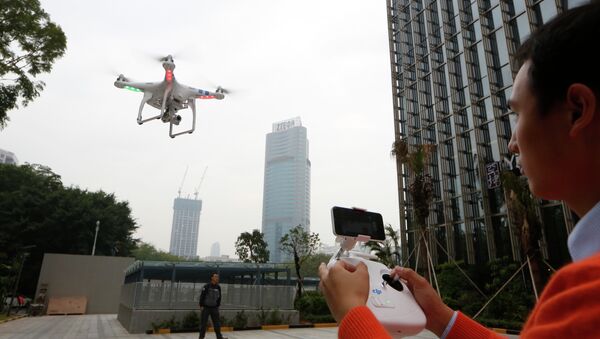 China has developed a bill related to the forced transfer of foreign technology, seemingly in a bid to end its ongoing trade dispute with the US.

The bill emphasises that technology transfer shouldn’t be motivated by administrative measures, but only the goodwill of participants. The US has accused China of forced technology transfer. Will Washington respond to the new Chinese law?

The bill was introduced to the Standing Committee of the National People's Congress along with a number of other amendments to the Civil Code governing the protection of intellectual property and the business interests of foreign companies.

China Quickly Replaced US Soybean Imports Halted by Trade War
It states that local authorities cannot in any way impede foreign companies' access to the market if their activities comply with the law. They cannot impose artificial barriers on foreign business nor force them to share their own technology and intellectual property with administrations or local companies.

The bill also stresses the need to have a universal and equal approach of local authorities to both foreign and domestic firms. The bill also stipulates that foreign companies are entitled to compensation from the state if their intellectual property rights were violated.
If passed, the bill will replace three current laws: the law on Chinese-foreign joint stock companies, the law on Chinese-foreign contractual joint ventures, and the law on companies with fully foreign capital.

It's likely that the bill won't be delayed, as the deadline for US-China trade negotiations is March 1.

Forced technology transfer, along with the persistent trade imbalance, is one of Washington's main criticisms of free and open trade with China.

According to an investigation under Article 301 of the US Trade Act, which triggered the trade war, China is technologically advancing at the expense of American technology. It's argued that Chinese legislation is designed in such a way that foreign companies can often gain access to the market only by forming joint ventures with local companies on condition that foreign technology would be transferred to China. Therefore, the new bill may be evidence of a compromise on the part of China to achieve a trade agreement with the United States.

Journalist: It’s Not Fair to Canadians to Be Part of US-China Trade War
At the same time, Beijing is interested in improving its legislation in the field of intellectual property protection. The country is now ranked first in terms of the number of patent applications and is also becoming a technology exporter.

According to Wang Zhimin, Director of the Institute for Globalisation and Modernisation of China at the Chinese Institute for Foreign Economics and Trade, technology transfer is a normal business process, but it should be within the law.

This is a manifestation of legal economy in accordance with international norms, market laws, and the development needs of the Chinese economy. At the same time, this is also a response to the accusations of the West. In addition, China is becoming a technological power. The country ranks first in the number of patents; therefore, the bill also aims to protect our national interests. Government is not a market entity but an "arbiter" of the market game," he added.

Will Washington be happy about that? The South China Morning Post quotes Steve Dickinson from Harris Bricken as saying that he believes the new bill will hardly help resolve the existing disputes between Beijing and Washington.

Meanwhile, it is the internet sector where most much-protected US technologies are, and also where much-needed Chinese technological innovations are concentrated. However, if the bill is passed, this will be an important step in improving China's business climate for foreign businesses.