Hands Off! Poland is Implementing a “Catholic Method of Taking Seminogram” 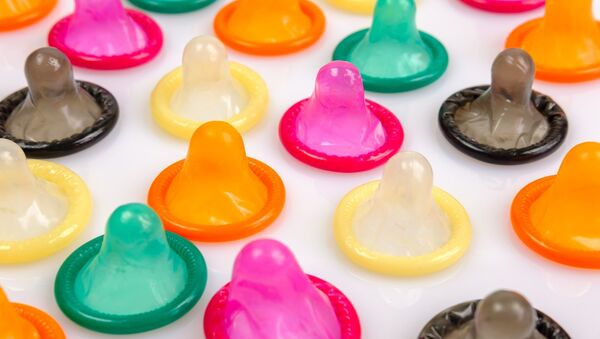 CC0 / /
Subscribe
Monika Markut, a chairwoman of the CMS Code (a company, offering the service) board, has pointed out to Sputnik that this method is recommended by the WHO (World Health Organisation).

Those, who avoid this method due to religious reasons, may use perforated condoms during intercourse. This will allow the semen to be studied in a laboratory and won't hurt their religious sensibilities.

"Semen can be obtained outside a laboratory during sexual intercourse with a special condom, not affecting spermatozoa," Monika Markut, a chairwoman of the company CMS Code that provides the service.

Collecting semen with a special condom has already been labelled by some outlets as a "catholic style" test.

However, Professor Tadeusz Pietrucha, a co-founder of CMS CODE is against this cliché.

"We think that this way of taking the test is comfortable not only for Catholics, but also for representatives of other religions. There are no such things, as moral and immoral research. There are only two criteria: professional and unprofessional. We value professionalism, which means providing decent conditions and privacy of the test," the scholar said.

Condom Maker Durex Accused of Poor Performance
On top of that, since some deeply religious people can't accept the idea of having sex without the possibility of conception, an alternative variant has been proposed by a catholic portal, called Adonai. You can puncture your condom, securing this possibility while leaving some semen in the prophylactic to send to a laboratory.

Father Kirill from the Roman Catholic Cathedral of the Immaculate Conception of the Holy Virgin Mary in Moscow, commenting to Sputnik, recalled that the perforated condom technology has been used for a long time all over the world.

"It's called perforated condom, when semen is enough both to collect for a test and to make conception happen. The possibility of this act of love to create life is a necessary condition of intercourse between men and women, as seen by the Catholic Church. I don't think that this debate has come out of nowhere. People understand that there is an ethical problem here, but it's already been addressed by the scientists.".

READ MORE: Fear No More: Thirty Years On There's No Need To Be Scared of HIV

The "catholic test" has been met with controvery in Poland itself. "Hats off to the head! I have not heard much foolishness today. "Many ask themselves," I wonder how many Polish Catholics in Poland have never masturbated? " There were also proposals: "Or maybe sacrifice?" There were also those who insulted the clinic service: "Oh, how many… holy condoms? Is it lubricated with holy oils?" Does the word Catholic really MUST turn into a synonym of the word debil?