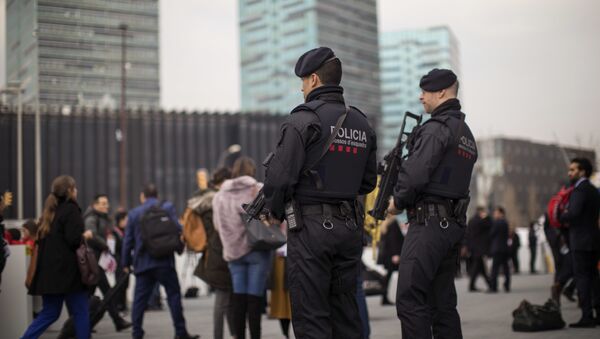 MADRID (Sputnik) - The US Department of State has warned US tourists of possible terrorist attacks in Barcelona during the New Year and Christmas holidays.

"Spain: Exercise heightened caution around areas of vehicle movement, including buses, in the Las Ramblas area of Barcelona during Christmas and New Year’s. Terrorists may attack with little or no warning, targeting tourist locations, transportation hubs, and other public areas," the State Department said on Twitter on Sunday.

Bush, Cheney’s Iraq Lies and War Crimes Spawned Daesh and Killed Millions
On August 17-18, 2017, the cities of Barcelona and Cambrils in the Spanish autonomous community of Catalonia saw two van-ramming attacks, which killed dozens of people and left more than 100 injured. The Daesh terrorist group claimed responsibility for the attacks.

Fighting terrorism has been a major issue in European countries over the past years because of the high number of attacks. Spain's terror alert level has stood at the fourth out of five levels since June 2015.