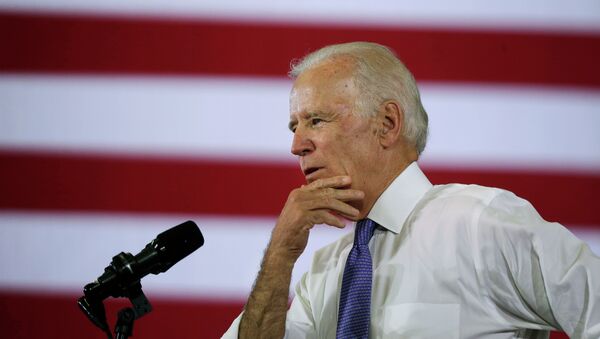 WASHINGTON (Sputnik) - Former US Vice President Joe Biden topped a survey of Democratic presidential hopefuls in 2020 election with a favorability rating of 53 percent among all voters and an 84 percent rating among Democratic voters, according to a poll by Quinnipiac University on Wednesday.

UD Senator Bernie Sanders registered a divided 44-42 favorability rating, while 55 percent of those polled said they did not know enough to form an opinion about a fourth candidate, Congressman Beto O'Rourke, the release added.

"For Democrats gearing up for 2020, it's Biden and Bernie, with Beto looking for a foothold and Hillary wondering if the train has finally left the station," Quinnipiac Assistant Polling Director Tim Malloy said.

O’Rourke is widely mentioned in media reports as a new face in Democratic politics and a possible Democratic candidate, despite losing a bid to unseat Texas Senator Ted Cruz in the November 6 midterm elections.