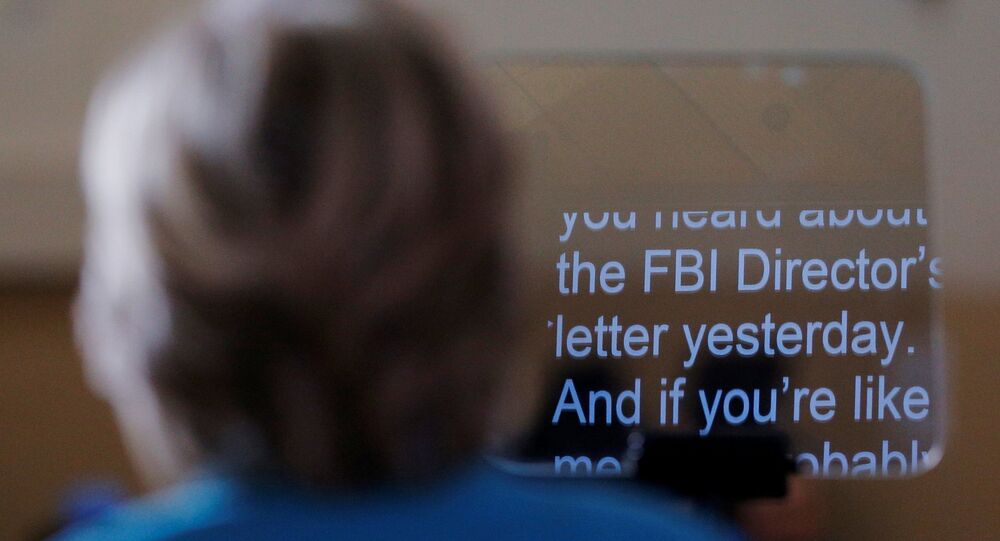 The Federal Bureau of Investigation has released a two-page summary the agency used to brief Obama and Trump on the so-called Russian Dossier.

On Friday, the FBI declassified a part of a memo it used to brief then-US President Barack Obama and President-elect Donald Trump on the so-called Russian dossier compiled by former British intelligence officer Christopher Steele — the very dossier that put forward the notorious "golden shower" allegations against Trump. The memo has been declassified in response to a Freedom of Information Act lawsuit by a Politico reporter.

The interesting part is that the memo excerpt remains vague as to who paid for the dossier, saying it was sponsored by "private clients." The Republicans and Trump himself have repeatedly bashed the agency for obfuscating the fact that the dossier was paid for by Hillary Clinton and the Democratic National Committee, according to Politico's report.

© Photo : Pixabay
Two Years of Trump-Mueller ‘Bombshells’ But Still No Collusion
Republicans have previously complained that the FBI failed to inform a federal court that the dossier was commissioned by Fusion GPS, a research company hired by Perkins Coie, the Clinton campaign's law firm.

The heavily redacted memo also provides some background on Steele, the former British intelligence officer known to be the author of the dossier, although the memo does not name him directly.

"An FBI source… volunteered highly politically sensitive information… on Russian influence efforts aimed at the US presidential election," the memo labeled as "Annex A" says. "The source is an executive of a private business intelligence firm and a former employee of a friendly intelligence service who has been compensated for previous reporting over the past three years. The source maintains and collects information from a layered network of identified and unidentified subsources, some of which has been corroborated in the past. The source collected this information on behalf of private clients and was not compensated for it by the FBI."

© REUTERS / Carlos Barria
Wall Street Analyst on 'Explosive Evidence' Against the Clintons, FBI Probe
The two-page memo was used by then-FBI Director James Comey as a reference while he briefed President-elect Trump on the dossier. During his 2017 testimony before Congress, Comey said he never handed the memo itself to Trump.

"Aspects of the FBI's surveillance application have since been released and revealed that the FBI did inform the court that Steele had political animus toward Trump and that it [the dossier] was funded by a politically motivated backer," Politico reports.

When the scandal emerged in early 2017, the FBI refused to confirm or deny it possessed any documents related to the infamous dossier. However, a House Intelligence Committee memo declassified by President Trump in February included various claims about the agency's handling of the dossier, which made it impossible for the agency to neither confirm nor deny the possession of material regarding the dossier research.

The released dossier memo is heavily redacted: in fact, the section quoted above is almost all of what was released. The remainder has been withheld by the FBI on various secrecy grounds, with some paragraphs classified as "secret," and some as "top secret."