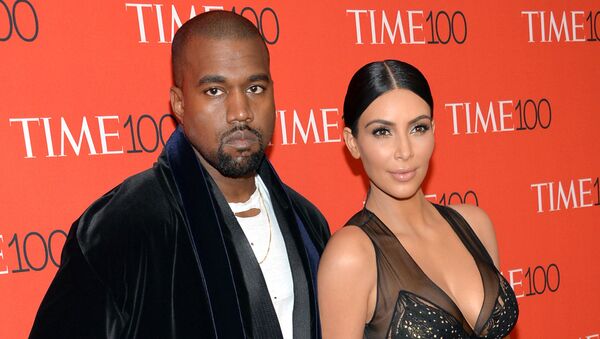 Over the past several hours, Kanye West has been on a Twitter rampage, firing off dozens of tweets directed at Drake that have taken their beef to a whole new level.

Following a landslide of tweets from Kanye West that included some claims of how Drake is threatening him and his family, Kim Kardashian jumped to her beloved husband’s defence, telling the Canadian artist to back off:

@drake Never threaten my husband or our family. He paved the way for there to be a Drake.

My husband is the most brilliant person, the most genius person that I know. He has broken so many boundaries, everything from music, stage design, fashion and culture and will continue to change the world.

Kanye earlier took the social media platform by storm, repeatedly claiming that Drake threatened him over the phone:

Drake called trying to threatened me

You would be so sad if anything ever happened to me

Leave me and my family alone bro

Drake called me threatening me

But before that he told his followers about the ongoing issues with Drake, having shared a screenshot of a text asking to give the Toronto rapper clearance to use the 2009 track “Say What’s Real”, which samples Ye’s “Say You Will” beat.

…and brought up the feud between Drake and Pusha-T, reiterating that he never told Pusha about Drake’s secret son, information that Pusha revealed in the diss track “The Story of Adidon”:

I told you I ain’t tell Pusha about your son

Drake just posted this on his IG story in response to Kanye's tweets asdfghjkl the drama IS ONLY JUST BEGINNING 💀 pic.twitter.com/avRsOEVdZC