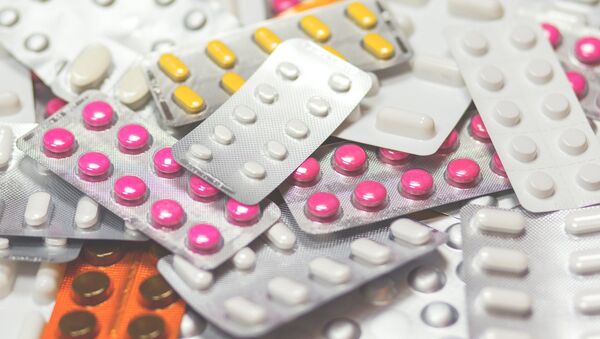 CC0 / /
Subscribe
In the midst of an unprecedented opioid epidemic, the price of one company’s version of a life-saving drug, naloxone, which can reverse the effects of an opioid overdose, has skyrocketed.

According to a new investigative report by Senators Rob Portman (R-OD) and Tom Carper (D-DE), drug company Kaleo has increased the price of its version of the drug (brand name: EVZIO) a whopping 600 percent, from $575 to $4,100, during the last four years. The drug can treat a narcotic overdose in an emergency situation.

The report's executive summary states that Kaleo hiked the price of the drug in February 2016 and "launched its new distribution model planning to ‘capitalize on the opportunity' of ‘opioid overdose at epidemic levels' and a ‘well established public health crisis.'"

More than 70,000 people died due to drug-related overdoses in 2017, according to data from the US Centers of Disease Control and Prevention (CDC). At least two-thirds of those deaths were linked to opioid misuse.

In addition, the report states that the company's sales force pressured doctors' offices to sign paperwork (known as prior authorizations) in order to fill and cover EVZIO prescriptions, rather than prescribe generic versions of naloxone, which could be cheaper.

"This included paperwork indicating that EVZIO was medically necessary, which ensured the drug would be covered by government programs like Medicare and Medicaid for the Wholesale Acquisition Cost, less any patient copays, despite the fact that less costly alternatives exist," the report added.

In a recent statement, Portman denounced the price increase.

"The fact that one company dramatically raised the price of its naloxone drug and cost taxpayers tens of millions of dollars in increased drug costs, all during a national opioid crisis, is simply outrageous," Portman said, USA Today reported Monday.

However, on Monday, Kaleo attempted to defend its pricing, claiming that its donated EVZIO kits have saved thousands of people's lives and that it has never "turned an annual profit" from the drug.

"First, we have received voluntary reports from recipients of donated product that EVZIO has saved more than 5,500 lives since we launched the product in 2014. Second, we have never turned an annual profit on the sale of EVZIO. Patients, not profits, have driven our actions," the drug maker said in a statement Monday, Mass Live reported.

"We believe patients and physicians should have meaningful choices. There is no doubt, the complexity of our healthcare system has had unintended negative implications for everyone involved, but most importantly, for patients. To this end, we explored viable paths within the current healthcare system to make EVZIO available to patients in a responsible, meaningful and affordable way."

Kaleo did not immediately respond to Sputnik's request for comment.

Last week, Florida Attorney General Pam Bondi announced that the two drugstore chains Walgreens and CVS had been added to a state-court lawsuit filed last year against Purdue Pharma, which manufactures OxyContin (an opioid with a high risk for addiction and dependence), and other opioid distributors.

Despite the ongoing US opioid epidemic, the US Food and Drug Administration (FDA) this month approved the sale and use of a powerful new opioid in the face of strong criticism from its own advisers.

Nonyank
20 November 2018, 23:31 GMT1
000000
You cant have your cake & eat it too. Stop suing these companies for our addictions. The worse is VICE News, who blames China for the Fentanyl epidemic. China only produces, they don't distribute or force people to abuse. Man up America.