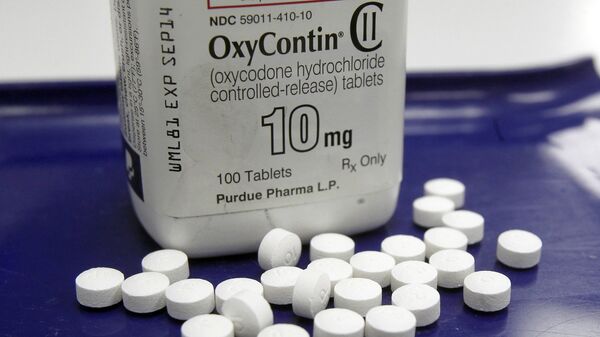 © AP Photo / Toby Talbot
Subscribe
International
India
Africa
Florida is suing two major US drugstore chains, Walgreens and CVS, for their alleged contributions to the opioid crisis in the state and nationally.

On Friday, Florida Attorney General Pam Bondi announced that the two drugstore chains had been added to a state-court lawsuit filed last year against Purdue Pharma, which manufactures OxyContin (an opioid with a high risk for addiction and dependence) and other opioid distributors.

"We will continue to pursue those companies that played a role in creating the opioid crisis," Bondi said in a news release. "Thousands of Floridians have suffered as a result of the actions of the defendants," she added, noting that CVS and Walgreens did not halt "suspicious orders of opioids" and "dispensed unreasonable quantities of opioids from their pharmacies."

According to the Centers for Disease Control and Prevention (CDC), around 45 people die in the US every single day as a result of opioid overdoses.

On Saturday, CVS spokesperson Mike DeAngelis remarked that the Florida opioid lawsuit alleging that it contributed to the national opioid epidemic is "without merit" and that the company is "dedicated to helping reduce prescription drug abuse and diversion," AP reported. He claimed that the company trains its pharmacists to discern and detect potentially illegal sales.

According to the lawsuit, Walgreens distributed some 2.2 million opioid tablets from its Hudson, Florida, store in a town of just 12,000. In another undisclosed Florida town with a population of only 3,000, Walgreens sold an estimated 285,000 pills in a single month. In some Walgreen stores in Florida, opioid sales increased six-fold in just two years.

The lawsuit states that various CVS stores in Florida sold an estimated 700 million opioid dosages between 2006-2014.

The US is facing what is now commonly accepted as the worst drug crisis in the country's history, with overdoses killing a record 72,000 users in 2017, according to preliminary CDC data.

Despite the ongoing US opioid drug epidemic, the FDA only this month approved the sale and use of a powerful new opioid in the face of strong criticism from its own advisers.