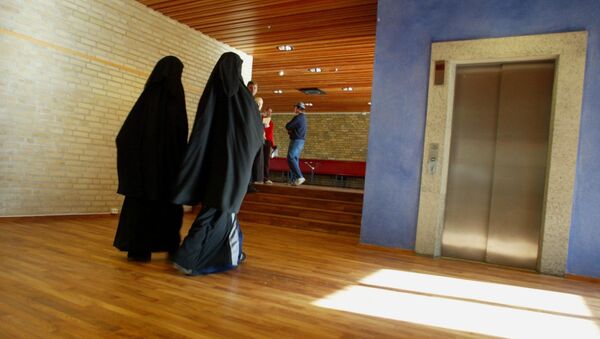 Reports of Örebro-based al-Salam School receiving money from the Saudi royal family have triggered concerns about state-sponsored Islamic indoctrination in Sweden. Meanwhile, the foundation running the school brushed the concerns aside as "excessive", stressing that it distances itself from "all forms of extremism and terrorism."

According to the daily newspaper Svenska Dagbladet, the Muslim elementary school al-Salam School received a total of SEK 1.8 million ($200,000) from Saudi Arabia.

Al-Salam School has attracted the scrutiny of the School Inspectorate for several years and has prompted several rebukes. It's criticized for its gender-segregated classes, which violate the Swedish government's policy of ensuring sexual equality.

Additionally, the newspaper reported that the stated goal of the Scandinavian foundation al-Risalah, which runs al-Salam school among others, is to "maintain Muslims' Islamic identity." Three of the foundation's board members are from Saudi Arabia, including Sheikh Abdulrahman Al-Akeel, who was quoted as saying that Saudi donations help "convey the true image of Islam and its greatness and promote its positive role" among Muslims.

According to Svenska Dagbladet, oil-rich Saudi Arabia has for a long time spread its ultra-conservative interpretation of Islam, called wahhabism or salafism, to the outside world, including Sweden.

According to the Swedish Defense College, there are 18 registered foundations in Sweden which have stated that promoting the construction of mosques is one of their goals. Eleven of these foundations are not transparent about their income. Normark described this as a "blind spot."

"School activities are important for the Saudis because they want to expose young Muslims and children to the 'right' teaching so that they can live by it from early on," Malmö University professor Aje Carlbom told Svenska Dagbladet.

Hussein Aldaoudi, chairman of the al-Risalah foundation, confirmed that the school has been sponsored by Saudi Arabia, but stressed that the money went to build additional premises. He stressed that concerns about Saudi influence in Sweden are "excessive" and emphasized that the foundation disregards "all forms of extremism and terrorism." He also stressed that Saudi Arabia supported similar projects across Europe and regards it as a duty to support minorities.

Sweden and Saudi Arabia previously had a falling out when Sweden's feminist Foreign Minister Margot Wallström castigated the Middle East country's human rights record, calling it a "medieval dictatorship." Ultimately, fences were mended due to the meddling of King Carl XVI Gustaf.

The number of Muslims in Sweden has been estimated at 800,000, or 8 percent of the country's population of about 10 million. A recent count by the Institute for Future Studies numbered 785 Islamic extremists in Sweden, which previously emerged as one of the biggest "jihadist exporters" per capita, providing around 300 "foreign fighters" to the Middle East.