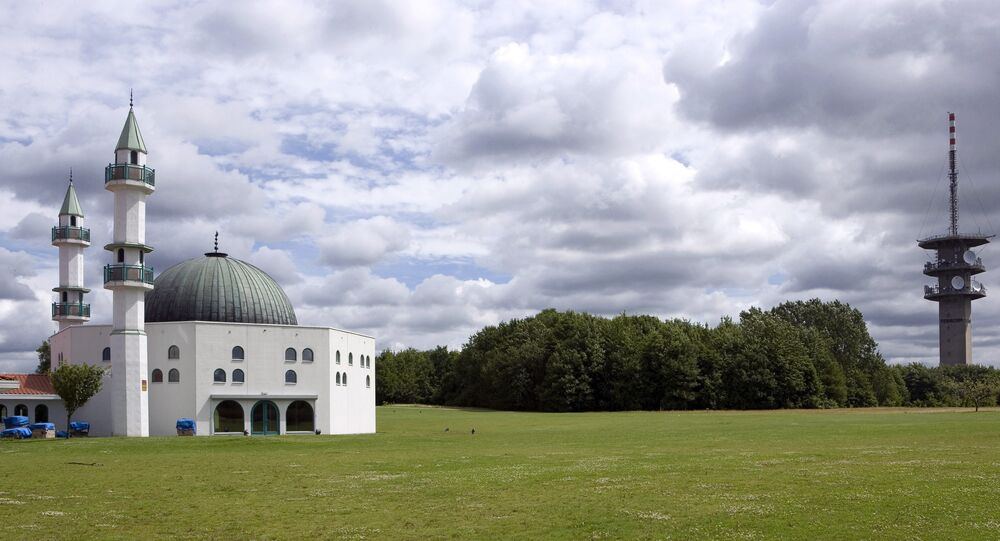 For decades, the Nordic countries' collaboration with Saudi Arabia has triggered fierce criticism from an ethical standpoint. The recent nomination of 31-year-old Muhammad bin Salman, who is known for his hawkish behavior, as Saudi Crown Prince and potential heir to the throne, has once again stirred fears of the Saudis sponsoring hardline Islam.

© AFP 2021 / JONATHAN NACKSTRAND
From Hundreds to Thousands: Sweden Crawling With Daesh Sympathizers
Peaceful Nordic countries have for years had no qualms about cooperating with (or even selling weapons to) the Gulf states, which they themselves view as dictatorships. However, the Saudi sponsorship of hardline Islam has recently triggered concern across Scandinavia.

In fierce competition with its regional archenemy, Shia-dominated Iran, the Saudis have used enormous resources to spread their influence across the globe. Not least through generous contributions to the building of mosques around the world, the education of imams and the spread of the only form of Islam the Arab country allows, namely the ultra-conservative Wahhabism, the Swedish daily Svenska Dagbladet wrote.

The exact amount of money the Saudi kingdom and their allies have used to promote Wahhabism is a subject of debate. In 2012, the official Saudi magazine Ain al-Yaqeen wrote that King Fahd (1921-2005) had built no fewer than 210 Islamic centers financed entirely or partly by Saudi Arabia, 1,500 mosques and 202 schools to offer Muslim education in Europe, the Americas, Australia and Asia.

James M. Dorsey of the S. Rajaratnam School of International Studies and the University of Würzburg, who is considered one of the world's leading experts in Saudi Arabia, has repeatedly drawn attention to Saudis' incessant promotion of hardline Islam, which he called a "Frankenstein monster." According to Dorsey, Saudi Arabia has spent about $100 billion in the last 50 years in what he denoted as the most comprehensive diplomatic campaigns the world has ever seen, which bolstered the stance of ultra-conservative interpretation of Islam.

© REUTERS / Anders Wiklund/TT News Agency
Laid Back Sweden Has No Qualms With Qatar Building Mega-Mosques
In Sweden, the Saudis have funded the Gothenburg Mosque and have contributed to the construction of other mosques and Islamic centers across the country.

"The fact that some of the mosques are affected by countries like Saudi Arabia and Qatar is problematic. In addition to Malmö, there are Gävle, Gothenburg, Haninge and Karlstad, to name a few, where money from the Gulf states has been used," Kristianstadsbladet columnist Karin Rebas wrote in her opinion piece, calling it "bizarre" that dictatorships are allowed to build "new shiny mosques" in Sweden.

According to an opinion piece in Göteborgs-Posten penned by analysts Robert Björkenwall and Jaan Ungerson, Saudi Arabia and its royal family have been actively spreading their interpretation of Islam since the 1970s, though, among others, the MWL (Muslim World League) and the WANY (World Assembly of Muslim Youth), as well as mosque construction and imam education. Björkenwall and Ungerson called for a government investigation to criminalize the spread of militant Wahhabism and Salafism as an important part of national efforts against extremism and jihadi propaganda.

In his interview with the Norwegian daily Aftenposten, Carl Schiøtz Wibye called Wahhabism a "cult built on fanatical fantasies of a power-hungry desert preacher in the 1700s," adding that it permitted the execution of "apostates," which included proponents of different interpretations of Islam, followers of other religions and non-believers. Coincidentally, this is where Daesh and other Islamist terrorists happen to stand.

© REUTERS / Bandar Algaloud/Courtesy of Saudi Royal Court
Do as I Say, Not as I Do: Swedish Muslims Slam Saudi King for Handshake With Melania Trump
In recent years, the Saudi funding has raised fears of contributing to Islamist radicalization and facilitating the recruitment of jihadism. According to reports from German intelligence services, growing sums from Saudi Arabia, Qatar and Kuwait ended up financing German Salafists.

A British report on the financing of jihadist groups in Britain ordered by former Prime Minister David Cameron was also said to have pointed at Saudi Arabia, yet according to the Interior Ministry is unlikely to ever be published due to its sensitive nature.

Earlier this year, both Norway and Sweden came under fire for allegedly voting yes to allow Saudi Arabia, arguably the world's biggest abuser of women's rights, to the UN Commission for the Status of Women, despite Swedish Foreign Minister Margot Wallström previously calling Saudi Arabia "medieval." Subsequently, the UN Watch's Hillel Neuer ventured that electing Saudi Arabia to protect women's rights was "like making an arsonist into the town fire chief."