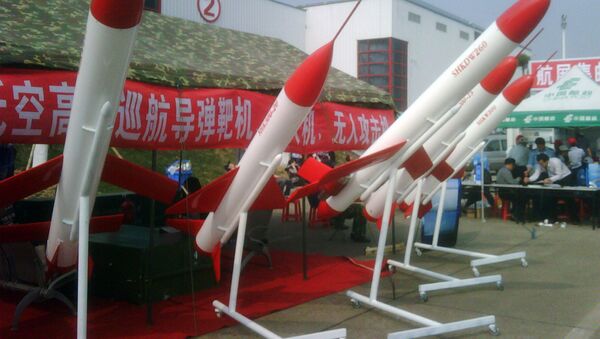 China Aerospace Science and Industry Corporation Limited (CASIC) showcased a new type of anti-ship ballistic missile at the Airshow China 2018 in Zhuhai, South China's Guangdong Province on Tuesday, which an expert says has the potential to destroy a hostile ship with one hit.

Codenamed CM-401, the weapon system is a new type of hypersonic ballistic anti-ship missile that can reach as fast as Mach 6, according to a description the company released at the air show. It can be launched into a near-space trajectory and is capable of hypersonic maneuverable flight throughout the course, the description said.

Upon reaching above its target, the CM-401 can conduct a terminal diving attack at extremely high velocity, it said. The missile can deliver rapid and precise strikes on medium to large vessels, vessel formations and port targets, the description said. A military expert who asked not to be named told the Global Times on Tuesday that the weapon has the potential of destroying a hostile vessel with one hit.

Surely it is for export under MTCR guidance #China to use a 1000 km range version pic.twitter.com/KMHH4v0kCI

Once it begins to dive, it is very difficult to intercept because of its hypersonic velocity, the expert said. China also has the DF-21D and DF-26 ballistic missiles capable of targeting moving targets at sea. China has already mastered the difficult technique of anti-ship ballistic missiles, he said, noting that even the US and Russia do not have a similar weapon in service.

Largest China-Made Amphibious Aircraft Completes Trial Flight
Such missiles need to change their trajectory to meet the moving ship, which is hard to achieve as the missiles fly very fast and the target could be moving unpredictably, the expert explained. The CM-401 can be launched by various platforms and reach as far as 290 kilometers, the company said. It can be launched using a land-based vehicle, according to a static display at the air show.

It can also be launched by a ship, according to an illustration the company released. The missile is for sale to other countries, a company representative told the Global Times on Tuesday at the show.

The anonymous expert said that putting the weapon on sale indicates that China's own technology is far more advanced and that China has the means to defend against it. By purchasing the weapon, the country will possess greater deterrence against hostile sea attacks, especially from large vessels like aircraft carriers, he noted.