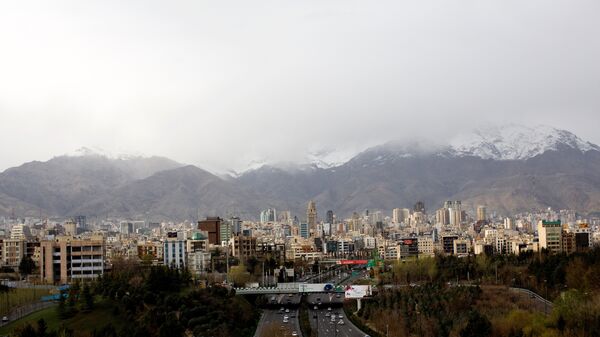 Iran's Supreme Leader Ayatollah Ali Khamenei said on Saturday that the United States had failed to reassert its dominance over Iran since the country's 1979 Islamic Revolution, which resulted in the overthrow of the US-backed Shah, state TV reported.

"America's goal has been to re-establish the domination it had [before 1979] but it has failed. America has been defeated by the Islamic Republic over the past 40 years,"  state television quoted Khamenei as saying during a meeting with thousands of students.

Speaking just days ahead of the looming US sanctions on Iran, Ayatollah Khamenei said that the world was against every decision made by President Donald Trump.

The challenge between the U.S. and Iran has lasted for 40 years so far and the U.S. has made various efforts against us: military, economic and media warfare. There’s a key fact here: in this 40-year challenge, the defeated is the U.S. and the victorious is the Islamic Republic.

He also said on his official Twitter account that the United States sought to paralyze Iran's economic growth by introducing sanctions, but in fact only strenghtened Tehran's self-sufficiency.

The U.S.’s goal in imposing sanctions is to paralyze and prevent the growth of national economy; but it resulted in a movement towards self-sufficiency in Iran. The Iranian nation used to import everything for years, now it has developed a habit of producing everything. pic.twitter.com/F04AeG7Wob

In a parallel development, Iran’s Foreign Ministry spokesman Bahram Qassemi told IRIB on Friday that Washington had taken a number of measures against Tehran, having spent enormous sums of money to pressure international banks, firms and institutions in a bid to prevent them from doing business with the Islamic Republic, but Iran, he stressed, had no concerns over such efforts:

“There is no room for any concern. We should wait and see that the US will not be able to carry out any measure against the great and brave Iranian nation,” he said.

Qassemi went on to say that such US bids were being made in vain:

“It seems that the US has no more capability to put countries and global economic enterprises under pressure,” he added.

In addition, Qassemi said that Iran was capable of handling its economic affairs and had already worked out a plan on how to counter the US demands in different sectors.

The new round of US sanctions on Iran's oil sector is set to enter into force on November 5, just months after Washington withdrew from the landmark nuclear deal, reached between Iran and the P5+1 group of nations.

The first set of restrictions, which had been lifted under the agreement, was reinstated in August.

Iran is currently engaged in talks with other signatories to the deal – Russia, France, the UK, China and Germany – in order to preserve the international agreement and find a way to sidestep US sanctions while doing business with European states.