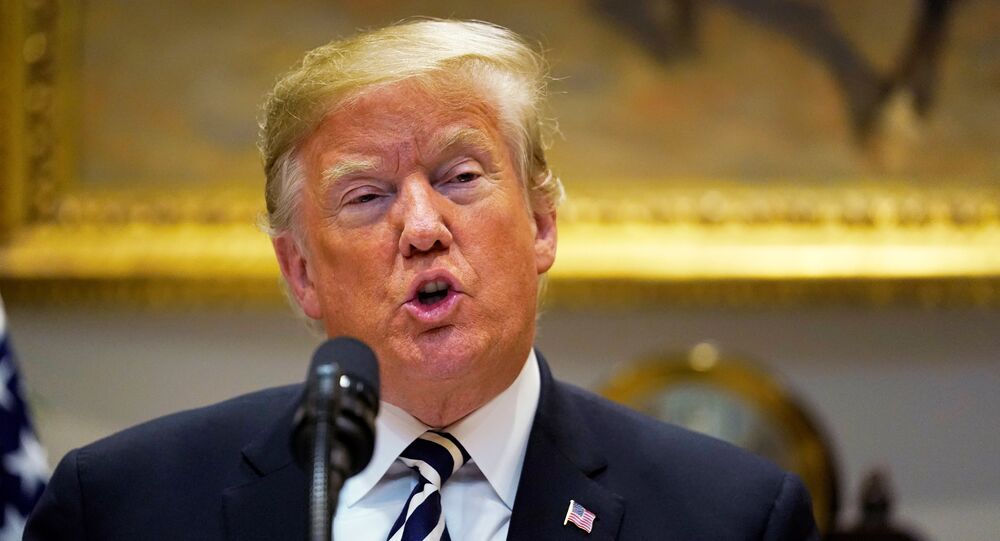 Trump: Sanctions Against Iran to Remain ‘in Full Force’ Until New Deal Reached

MOSCOW (Sputnik) – The US sanctions re-imposed on Tehran in the wake of Washington’s withdrawal from the Iran nuclear deal will remain in place until a new "more comprehensive" accord, preventing the Middle Eastern nation from developing nuclear weapons, is reached, US President Donald Trump said.

On November 5, the second round of US restrictions against Iran, re-introduced after the US withdrawal from the Joint Comprehensive Plan of Action (JCPOA), will come into effect.

"The United States remains open to reaching a new, more comprehensive deal with Iran that forever blocks its path to a nuclear weapon, addresses the entire range of its malign actions, and is worthy of the Iranian people. Until then, our historic sanctions will remain in full force," Trump said in a statement issued by the White House late on Friday.

Trump noted that the re-introduction of sanctions against Iran was aimed at blocking the revenues Tehran used for funding its nuclear program and at making Iran "either abandon its destructive behavior or continue down the path toward economic disaster."

Tehran should abandon its nuclear ambitions and sit at the negotiating table for talks on the new deal, the US president suggested.

Trump called the Iran nuclear deal "disastrous" and "terrible" and noted that the restrictions that will be reimposed, including those targeting shipping, energy and financial transactions, would be "the toughest sanctions the United States has ever levied against Iran."

The US president, who has repeatedly criticized the JCPOA, negotiated by his predecessor Barack Obama, announced the US withdrawal from the accord in May. Since then, one portion of sanctions against Tehran has already been re-introduced.

Other parties of the deal – China, France, Germany, Iran, Russia, the United Kingdom and the European Union – have, however, expressed their commitment to the accord and are working on instruments to bypass the US restrictions.

Iran: US 'Lying to the World', Unable to Halt Our Oil Exports

Humanitarian Aid to Iran on Hold Until US Clarifies Sanctions