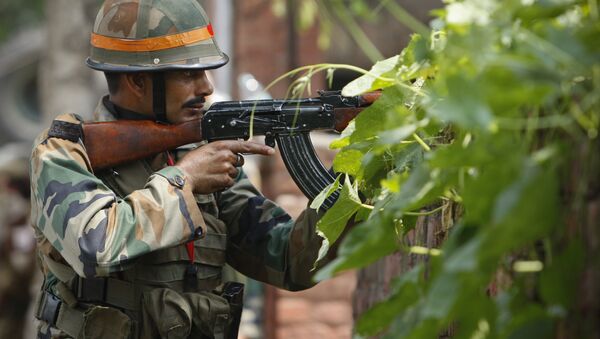 India and Japan started their first ever bilateral military exercise from Thursday in the northeastern Indian state of Mizoram. Named "DHARMA GUARDIAN — 2018", the 14-day exercise will consist of a balance of indoor classes and outdoor training activities.

"The objective of this exercise is to build and promote army to army relations in addition to exchanging skills and experiences between both the armies. Due emphasis will be laid on enhancing tactical skills to fight against global terrorism and on increasing interoperability between forces of both countries which is crucial for the success of any joint operation," the statement issued by the Indian Army reads.

India, Japan Sign Maritime Pact to Monitor Chinese Warships in Asia-Pacific
Both sides have planned to execute a series of well-developed tactical drills for neutralization of likely threats that may be encountered in an urban warfare scenario. The Japanese contingent is being represented by the 32nd Infantry Battalion, while the Indian side is being represented by 6/1 Gorkha Rifles. Approximately one platoon strength each of both the battalions is participating in this exercise.