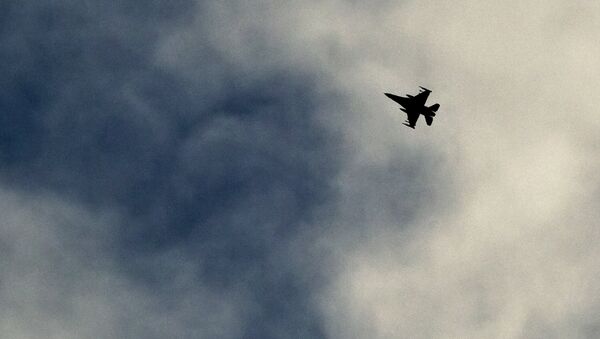 © AP Photo / Vadim Ghirda
Subscribe
International
India
Africa
The use of white phosphorus munitions is banned under Additional Protocol to the 1949 Geneva Conventions. This is the second reported case this month of coalition forces striking the Syrian town Hajin with the banned substance.

The US-led international anti-Daesh coalition has refuted the reports about its use of white phosphorus in Syria, coalition spokesman Sean Ryan told Sputnik on Monday.

"Totally false regarding use of phosphorus," Ryan said.

Earlier in the day, Syrian state-run news agency SANA reported that the US-led coalition struck the Syrian town of Hajin, using banned white phosphorus bombs. The media has not immediately reported about the number of casualties or damages.

The reported attack is just one of several similar incidents that took place in October: at the beginning of the month, the coalition forces reportedly struck the town of Hajin in Deir Ez-Zor province using banned white phosphorus. Commenting on the reports, the Pentagon told Sputnik that all weapons that are being used in the Syrian campaign comply with the Law of Armed Conflict.

Shortly after that, the US-led coalition conducted two airstrikes in the Syrian region: one reportedly killed 62 people and injured dozens of others, while the second killed at least five civilians.

Western Media is Muffled by US Government on Syria - Professor

Reacting to these reports in a letter to the United Nations, the Syrian Foreign Ministry accused the international coalition forces of violating international law and killing civilians, saying that the US is not fighting terrorism in the country.

The coalition, in response, denied the use of prohibited substances, adding that no civilians had died as a result of the operation, as the coalition was targeting Daesh* terrorists in the region.