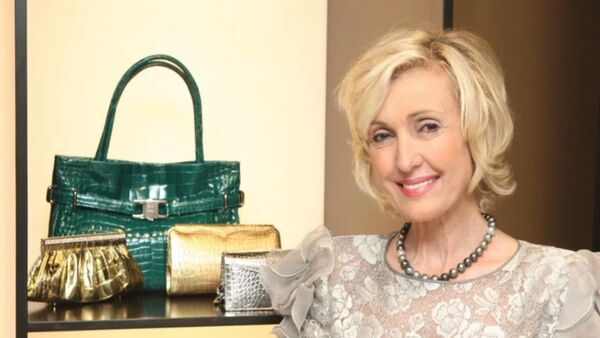 US President Donald Trump may soon nominate couture handbag designer Lana Marks to become ambassador to South Africa, according to a Friday report by the Palm Beach Post.

What does Marks have in common with Trump? A membership at Trump's Mar-a-Lago club in South Florida.

The US has not had an ambassador in Pretoria, the administrative capital of South Africa, since 2016. If nominated, Marks, who was born in South Africa but has not lived there for over 40 years, would become the fifth Mar-a-Lago club member to be recruited by the president for diplomatic positions.

Robin Bernstein, one of Mar-a-Lago's first members, became US ambassador to the Dominican Republic under Trump, while Patrick Park and Brian Burns were both nominated to become US ambassadors in Austria and Ireland, respectively. However, they both declined the nominations.

Sixty-four-year old Marks, who is best known for her expensive luxury handbags, has over a half dozen past lawsuits against in her in the states of Colorado, New York, California and Florida, according to the Palm Beach Post.

She is reportedly accused of cheating her attorneys, accountants, landlords and employees out of promised payment and is involved in multiple legal battles in South Africa and Israel with her siblings regarding a family trust.

She has reportedly only contributed once to a campaign, in 2012 when she donated $2,000 to Mitt Romney, who was at the time the Republican nominee for US president in the 2012 election in which President Barack Obama won a second term.

"I have asked Secretary of State Mike Pompeo to closely study the South Africa land and farm seizures and expropriations and the large scale killing of farmers," he tweeted in late August.

According to Trump, he requested the investigation after watching a Fox News report on seizures of land belonging to white farmers by the South African government.

"The presidency has noted Trump's tweet, which is misinformed in our view. We will take up the matter through diplomatic channels," a Ramaphosa spokesperson said, Sputnik previously reported.

"It is regrettable that the tweet is based on false information. The Minister has thus instructed the Department to meet with the US Embassy in Pretoria to seek clarification on the matter today, 23 August 2018," South African Foreign Affairs Minister Lindiwe Sisulu said in a statement.

Marks has been followed by accusations that she has consistently lied about past accomplishments.

The handbag designer previously asserted that she played tennis in the French Open, although subsequent investigation revealed that her claims are baseless, according to Think Progress.