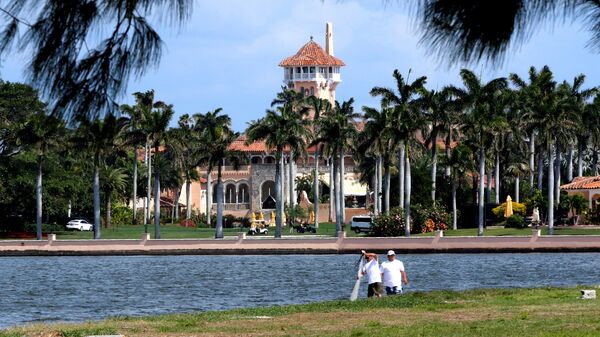 "Looks like the Chinese Celestial Palace is going to take out the Trump palace," remarked a waggish DC pundit.

TOP-5 Facts About April Fools' Day
Employees at US President Donald Trump's Mar-a-Lago tropical resort have been relocated following suggestions that China — responding to a new US trade war against Asia's largest economy — will deploy it's falling Tiangong-1 space station, currently in an uncontrolled descent from space, to the 17-acre Florida estate housing the 62,500-square-foot ‘Winter White House.'

Sources on the ground say that staff have been willingly evacuated, but that many have noted their frustration with the possible high-speed installation of the 10-ton deorbiting Chinese space junk onto their tropical workplace at a little after midnight, UTC, April 2, give or take a few hours.

"This is so inconvenient," remarked one of the 750 house-cleaning staff who wished to remain anonymous to protect their paycheck.

"Besides," the employee stated, "where's my boss Mr. President going to spend all his time avoiding the challenging duties of governance? I guess he could build a new palace on the Mexico border as part of his wall."

"It's hot enough down there," they added.

If you made it this far this story really is Fake News: Happy April Fool's Day!