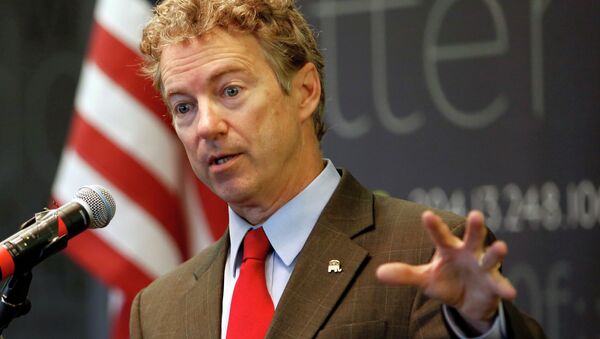 MOSCOW (Sputnik) - US Sen. Rand Paul said on Sunday that he believed Saudi Crown Prince Mohammad Bin Salman is involved in the death of journalist Jamal Khashoggi and "is going to have to be replaced."

"There's no way 15 people were sent from Saudi Arabia to Turkey to kill a dissident without the approval of the crown prince… I feel certain that the crown prince was involved and that he directed this. And that's why I think that we cannot continue to have relations with him. And so I think he's gonna have to be replaced, frankly," Paul told the Fox News.

World
UK, France, Germany Condemn Khashoggi Killing in 'Strongest Possible Terms'
The senator added the United States should discontinue its arms sales to Saudi Arabia and have a serious discussion with Riyadh about "whether or not they want to be an ally or they want to be an enemy."

Khashoggi, who has been working for The Washington Post newspaper and has been known for his criticism of Saudi authorities, went missing in Istanbul on October 2 after he entered the Saudi consulate and never came out. The incident caused an outcry in Turkey as well as many Western countries.

After denying any knowledge of Khashoggi's whereabouts for two weeks, Saudi Arabia admitted on Friday that the journalist died in a fight inside its consulate. It also said 18 people had been arrested as part of the case.