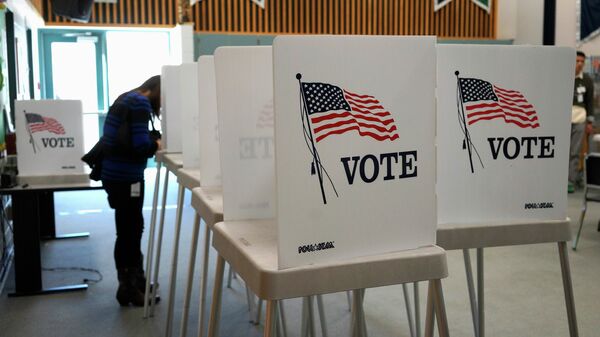 The development comes a day after the Minnesota Democratic Party suspended a spokesman for calling for violence against Republicans and commenting on Facebook that Democrats would “bring [Republicans] to the guillotine” on November 7, the day after the midterm elections in the United States.

Police are investigating alleged assaults on two Republican candidates running for the Minnesota State House after they said they both were attacked over the weekend, the Washington Free Beacon reported.

READ MORE: GOP Trails Democrats by 11 Percent Ahead of US Midterm Elections — Poll

One of the alleged victims was Minnesota State Rep. Sarah Anderson (R-Plymouth), who claimed she was punched in the arm after confronting a man destroying pro-Republican yard signs.

“It was just insane. He was charging at me, saying, ‘Why don’t you go kill yourself?’ To have someone physically coming after you and attacking you is just disheartening,” she told the publication.

Meanwhile, the other person, first-time state representative candidate Shane Mekeland of Benton County suffered a concussion after he was punched while speaking with constituents at a local restaurant.

“I was so overtaken by surprise and shock, and if this is the new norm, this is not what I signed up for,” said Mekeland, who also suffered from memory loss.

Both candidates said they would still be pursuing their campaign activities, although they will be taking precautionary measures to avoid similar incidents.

The reports come a day after Minnesota’s Democratic-Farmer-Labor Party announced it was handing down a weeklong suspension to communications staffer William Davis who left a Facebook comment “11.7 – bring them [Republicans] to the guillotines,” alluding to the day after the midterm elections.

The midterm elections to the US Congress are slated to be held on November 6, when all 435 seats in the House of Representatives and one-third of the Senate will be up for election.