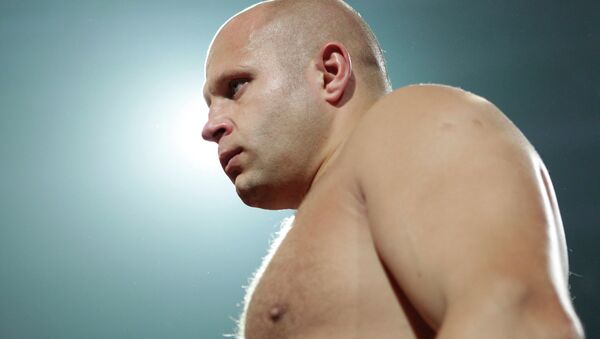 Fedor Emelianenko crushed his rival with a hurricane of punches in the first round to advance to the Bellator Heavyweight World Grand Prix.

In a video uploaded by the promotion and captioned with a goat emoji (GOAT stands for "greatest of all time"), the Russian strongman can be seen landing a barrage of punches at Sonnen and securing a dominant win late into the first round.

The Nassau Coliseum in Uniondale saw Emelianenko punch his way into the tournament finals against current Bellator Light Heavyweight title holder Ryan Bader, which will go down in California on January 26.

The 42-year-old Emelianenko, nicknamed "The Last Emperor," became popular during the mid-2000s, when he compiled an unprecedented winning streak of 27 victories, going undefeated for 10 years. He retired from combat sports in June 2012 and announced a comeback for another MMA run in July 2015. The Last Emperor has the unique ability to transition his fights from his feet to the ground, which has given him a big advantage over other MMA fighters. Although Fedor is a relatively small heavyweight, he is notorious for his power, speed and technique, and is arguably the greatest fighter in MMA history.