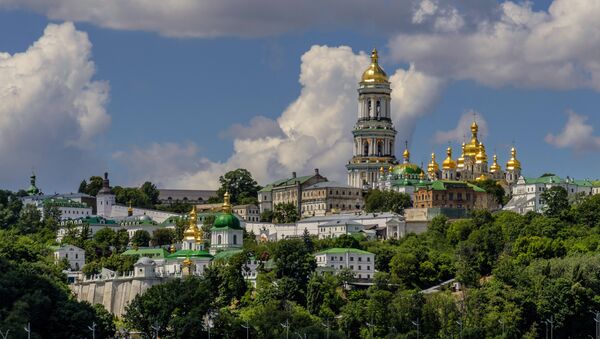 MINSK (Sputnik) - The Russian Orthodox Church will give a tough response to the decision of the Synod of the Constantinople Patriarchate to process with granting independence to the Ukrainian Church, the spokesman for Patriarch of Moscow and All Russia Kirill said on Saturday.

"The Holy Synod of the Russian Orthodox Church will give an adequate and tough response," the spokesman for Patriarch of Moscow and All Russia Kirill Alexander Volkov told reporters.

On Mediating the Row Between Moscow and Istanbul

In addition, Bishop Panteleimon of Damietta told Sputnik on Saturday that Greek Orthodox Patriarch of Alexandria and All Africa Theodoros II could mediate the row between Moscow and Istanbul over the issue of independence of Ukrainian Orthodox Church and visit the cities soon.

The bishop said that Patriarch Theodoros II was on a trip to Zimbabwe, but when he returns "he may travel to Moscow and Istanbul to meet with patriarchs of Moscow and Constantinople in order to settle the dispute and keep the Ukrainian Church within the Moscow Patriarchate."

Putin Discusses Orthodox Church Crisis in Ukraine with Russian Security Council
The Russian Orthodox Church, in its turn, called the decision the "legalization of schism," saying that it would have catastrophic consequences and would affect millions of Christians in Ukraine and other countries. The Moscow-affiliated Ukrainian Orthodox Church said that the resolution was a hostile act, interfering with the Ukrainian church's affairs, and threatened the Constantinople patriarch with anathema.

The Synod is scheduled to meet in the Belarusian capital of Minsk on October 15.