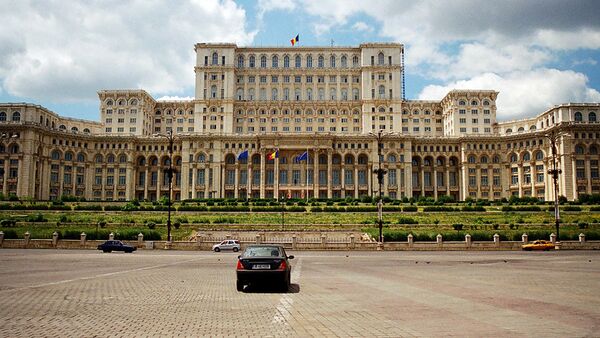 © Flickr / Alejandro Giacometti
Subscribe
International
India
Africa
A growing number of EU countries have been coming out against deeper integration within the bloc, which they see as a threat to their national sovereignty.

Romania should exit the European Union (EU) and pursue a policy of a sovereign state without taking orders from Brussels, Daniel Dragomir, a former colonel in the Romanian Intelligence Service (SRI), said in a Facebook post, Romania-Insider.com wrote.

“Romanians alone decide Romania’s policy as a sovereign state. We pay taxes to the EU more than we get from the EU as EU funds,” he wrote.

The statement by Dragomir who recently founded a political movement called Romania 3.0, which promotes a nationalist ideology, came after Frans Timmermans, the first vice president of the European Commission criticized the judiciary reform being implemented by Romania’s ruling coalition.

His launch of the Roexit idea comes as the leader of Romania’s governing Social Democratic Party (PSD), Liviu Dragnea, is increasingly upset with Brussels’ criticism of the government’s moves to reform the country’s justice system.

Dragnea also claims that the August 10 events in Bucharest when tens of thousands of anti-government protesters took to the streets denouncing perceived government corruption and calling for the ruling government to resign and hold early elections was an attempt to overthrow the current government, financed by “external forces.”

In the meantime, Romania’s former technocrat prime minister Dacian Ciolos and founder of the Romania Together Movement (RO+), described the ROEXIT campaign as part of a plan devised by the country’s ruling coalition.

Romania, a member of the European Union, has long been suffering from low level of income among population and underdevelopment in comparison with most countries in the bloc