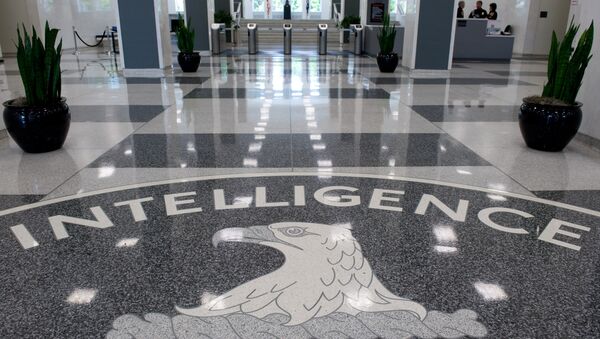 © AFP 2021 / SAUL LOEB
Subscribe
In the wake of the 9/11 terrorist attacks, the CIA launched a program, when suspected al-Qaeda detainees were taken to several "black sites" around the world to escape US limits on interrogations.

The European Court of Human Rights concluded that Lithuania and Romania were responsible for violations of rights of terrorism suspects due to their complicity in US Central Intelligence Agency "secret rendition," the Council of Europe said Thursday.

The decision was made after two suspects who a currently being held at the US prison in Guantanamo lodged the case in 2011 and 2012, claiming that they were illegally held at the so called "black sites" controlled by the CIA from 2004 to 2006.

The court decreed that Romanian authorities were aware of the fact that Saudi national Abd al-Rahim al-Nashiri would risk torture and the death penalty when they allowed the CIA to detain him on their territory April 2004 to November 2005.

CIA Agents Who Torture Get Promoted; Agents Who Object Get Jailed - Activist
Lithuania was also found complicit in hosting a secret CIA prison from February 2005 to March 2006 when it illegally held the second plaintiff, Abu Zubaydah.

The court found that Lithuania and Romania were "responsible for the violation" of the suspects’ rights under the European Convention on Human Rights which explicitly forbids torture and the death penalty.

In 2014 a US Senate report also determined that both suspects were subjected to the so called ‘enhanced interrogations techniques’ while in the CIA custody, including waterboarding.

Earlier, the US government confirmed Gina Haspel, who previously oversaw interrogations at a secret US prison in Thailand and who reportedly participated in the destruction of videos of interrogations that have since been characterized as torture and outlawed by Congress, as the director of the CIA.