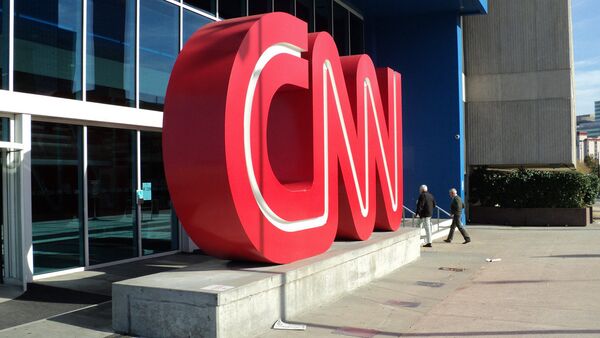 Amid the flurry of new accusations alleging sexual misconduct by Supreme Court nominee Brett Kavanaugh, it can be hard to stay up to date on who’s said what. But for CNN on Wednesday, this responsibility went out the window when they published a story about an alleged fifth accuser - after the person had already recanted their story.

So here's what happened. On Monday, Jeff Catalan of Newport, Rhode Island, called the office of his US senator, Sheldon Whitehouse, "making allegations concerning a rape on a boat in August of 1985," according to a transcript of a phone call between committee staff members and Kavanaugh released on Wednesday.

Catalan alleged that in 1985, "a close acquaintance of the constituent was sexually assaulted by two heavily inebriated men she referred to at the time as Brett and Mark," CNN reported, citing the transcript noting that the incident allegedly took place on a boat in Newport harbor. When Catalan's friend learned of the assault, "he and another individual went to the harbor, located the boat the victim had described and physically confronted the two men, leaving them with significant injuries," the report notes.

The report says that Catalan, whose name was blacked out on the report but whose identity was later confirmed by journalists, reached out on September 24 after he saw Kavanaugh's high school yearbook photo on TV and realized he was one of the men confronted that day in Newport.

Whitehouse, who sits on the Senate Judiciary Committee reviewing Kavanaugh's credentials for the nation's top court, asked him about the incident Tuesday. Kavanaugh denied all details of the incident.

"No," Kavanaugh told the committee Tuesday over the phone. "I was not in Newport, haven't been on a boat in Newport. Not with Mark Judge on a boat, nor all those three things combined. This is just completely made up, or at least not me. I don't know what they're referring to."

The transcript of that conversation was released Wednesday. That evening, Catalan recanted his story on Twitter, saying, "Do everyone who is going crazy about what I had said I have recanted because I have made a mistake and apologize for such mistake."

​That tweet was posted at 7:51 p.m. EST. But at 9 p.m. that evening CNN ran a story that included Catalan's accusation but not his recanting, even though it had happened over an hour before the story was published.

It took the network nearly three hours to realize their mistake and fix it, noting at the bottom of the story only that the tweet in question had been added to the story, not how the tweet qualitatively changed the nature of the story itself. The headline, "Kavanaugh denies two additional accusations to Senate Judiciary Committee," really means nothing, since he's also denied the other three accusations, for which a substantially larger volume of evidence exists and which have not been recanted. Dr. Christine Blasey Ford testified before the committee in great detail on Thursday about how Kavanaugh tried to rape her during a 1982 high school house party, and Julie Swetnick has detailed in a sworn statement Kavanaugh's immediate proximity to gang rapes during the same period.

The indifference shown by CNN towards the contrast between Catalan's capricious accusation and the more grounded ones made by Swetnick, Ford and another accuser named Deborah Ramirez, as well as the network's willingness to run a story already proven false at the time of publication, suggest that the network is more concerned with funneling blood-boiling content to readers than responsibly reporting the facts.